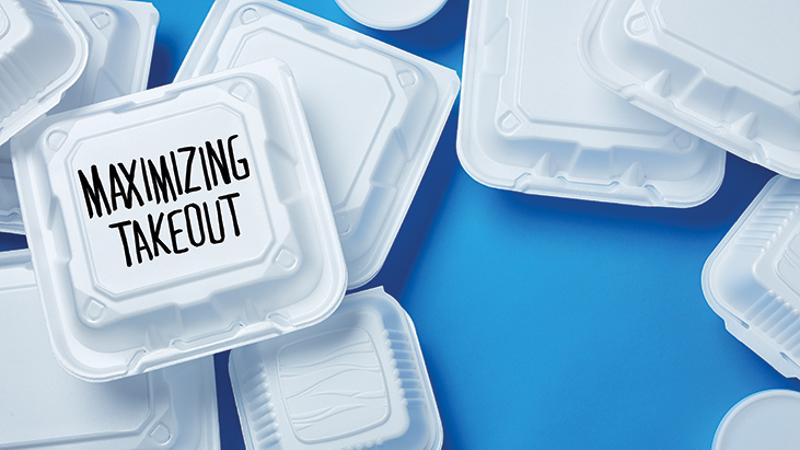 There was not much for Olive Garden to celebrate in the quarterly earnings report from Orlando, Fla.-based parent Darden Restaurants this March. Comp sales were the lowest among Darden’s stable of concepts. Traffic declined from the year prior. Marketing for the flagship brand is being slashed. But among the bad news was a startling piece of good news: Takeout sales rose 22 percent in the quarter.

Fellow casual-dining concept Bob Evans had a similar report at the end of 2014. Same-store sales were flat for the quarter, but takeout sales rose 21.3 percent.

At fast-casual McAlister’s Deli, the takeout category has grown from 25 percent of overall sales in 2012 to 28 percent last year, and takeout comps are outpacing in-store by 6 to 7 percent. Even at Boston Market, a chain that always has seen to-go as a dominant force, takeout has increased 8 percent over the past three years.

“The availability of takeout options has become more important as a decision attribute for customers than at any point in time,” says the National Restaurant Association’s economist Hudson Riehle. “Looking out over the next decade, off-premise traffic is only going to grow in importance.”

The attraction to takeout is spread over demographic groups, but millennials seem to be embracing it most—although they also enjoy sitting down to a restaurant meal. In data compiled by the NRA at the end of 2014, 61 percent of respondents ages 18 to 34 said takeout was a reason to choose table-service restaurants, compared with about 35 percent of boomers. But fewer millennials reported that takeout is an essential part of the way they live, 38 percent compared with 40 percent of respondents 45 to 54 years old.

“You think about the synergy between this younger age group’s love for off-premise and their love for technology and online ordering, and it’s a catalyst for additional visits and sales,” says Riehle.

But takeout is not a plug-and-play operation. It comes with a unique set of challenges. “When a guest comes into the restaurant and sits down for a meal, you’ve got 45 minutes to make the experience right,” says Corey Will, Applebee’s director of off-premise operations. “When a guest comes for to-go, you have three minutes.”

At Ridgeland, Miss.-based McAlister’s Deli, online ordering has more than doubled in the last two years, from 1 percent of total takeout business to 4 percent. Its online platform tracks a guest’s favorites, seamlessly integrates with the POS system and automatically upsells orders.

Still, about a third of takeout orders are called in by phone. The last thing McAlister’s wanted was a call to be answered by a harried employee who gets the order wrong.

So McAlister’s came up with a solution that integrates call-in orders with its online platform and sends them to the desired location for pickup or delivery: The chain hired a third-party call center to manage phone orders for its 341 units in 24 states.

“The call-center operators take orders, they focus on the customer, they upsell. They get daily updates on menus and LTOs,” says Donna Josephson, VP of global marketing for McAlister’s. “It’s taking that out of the restaurant when it’s at its busiest. When you take a look at the service they provide and the increase in check averages, you see why it makes sense.” Call-center orders average $14, while in-store checks are about $10.

Last year, New Albany, Ohio-based Bob Evans conducted a top-to-bottom review of its takeout operations, identifying where improvements could be made. All units had recently introduced “broasted” chicken. Its primary appeal to the chain was its differentiation, but Bob Evans soon realized it was driving takeout sales.

“We introduced the chicken because it helped us stand out from the competition,” says VP of Brand Marketing Matthew Harsh. “But it carries very well off premise, and we’ve seen a higher penetration rate in takeout with it.”

That was the good news. But the chain’s review found flaws in takeout, namely order accuracy. “Not having the right items in the bag was a big customer complaint,” he says.

The chain’s solution was as straightforward in its execution as it was low-tech in its creation. Takeout used to work by affixing a chit for an order to a bag. As items came out from the kitchen, a server put them in the bag.

Now, “we set up simple wire baskets,” Harsh says. “When items come out, they go in the basket next to the to-go bag. Nothing goes into the bag until the entire order is in the basket.” When a customer arrives, the order is moved from basket to bag in front of the customer, so he sees that it’s accurate.

Speeding up the process

Bob Evans’ review identified 40 steps in its takeout process—40 places where the process could slow down. The chain has begun new training of its “carryout specialists” to improve speed through focus and repetition.

“We’ve had that position for a couple of years but haven’t used it right,” says Harsh.

Now the carryout specialist does nothing but focus on the 40 steps, walking all takeout orders through the entire process. Earlier this year, the chain also created a new carryout expeditor position to assist during peak hours, typically Wednesday and Thursday evenings.

In many restaurants, technology is the solution for speeding up takeout. As part of its much-talked-about Panera 2.0 ordering system, which includes upgraded online ordering and in-store kiosks, Panera Bread introduced rapid pickup. Customers can order and pay online, come to the store and find their order waiting on a shelf, without ever interacting with a human.

Corner Bakery Cafe has begun its own  test of rapid pickup in Washington, D.C., and it is wrestling with the obvious issue: How do you keep people from stealing orders?

“That’s the dilemma, right?” says Paul Hicks, senior VP of operation services and new concept development for Dallas-based Corner Bakery. “We try to make sure there is good visibility on that staging area. It is near the cashier, which I liken to putting security signs on the front lawn. It’s a good deterrent.”

Even without thievery in mind, many concepts are moving dedicated takeout staging areas front and center, often with dedicated registers, to speed up service. Golden, Colo.-based Boston Market, for example, has begun placing holding equipment next to registers when space allows. “With our prepay online orders, [customers] show their prepay ticket on their phone and they’re handed their food,” explains Tony Burford, executive VP of operations at Boston Market. “It’s seamless for them.”

“It’s about taking all the normal restaurant barriers out of the equation,” says Hicks. “If that’s what [customers] want from a brand experience, we’re going to give it to them. It’s another avenue for the customer who is more focused on convenience and doesn’t want to get caught up in the  rest of experience.”