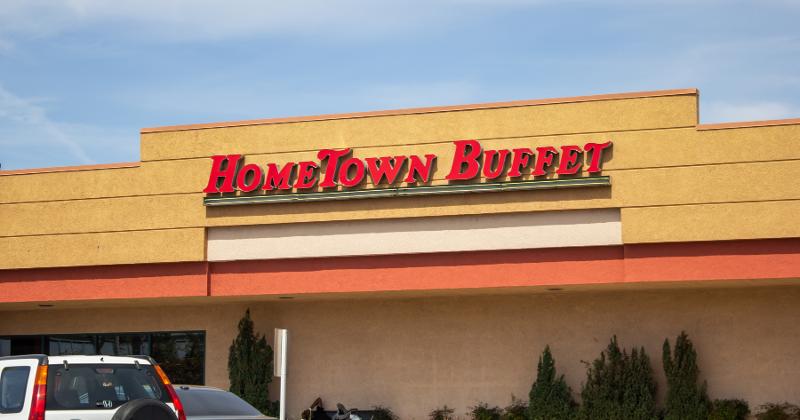 BBQ Holdings has no plans to bring back HomeTown Buffet or its sister buffet brands. / Photograph: Shutterstock

BBQ Holdings bought a handful of buffet brands this week, but what it really wanted was steak.

The parent of Famous Dave's on Tuesday won a bankruptcy auction for Fresh Acquisitions, which owns the five-unit Tahoe Joe's steakhouse chain as well as the intellectual property for several defunct buffet chains, including Old Country Buffet, HomeTown Buffet and Ryan's.

But the company doesn't plan to do anything with the buffets, CEO Jeff Crivello said Wednesday, rendering the building blocks of a one-time 650-unit buffet empire dead, for now.

"We have no immediate plans to reopen any of the buffet brands," he said. "Those are just IP that came alongside the transaction."

In essence, the company paid $5.2 million for Tahoe Joe's, a chain of six steakhouses in California's Central Valley that had been struggling before the pandemic. BBQ views the concept as a potential co-branding partner with its cornerstone Famous Dave's barbecue brand.

"Some of them we may add some Famous Dave’s items to. A lot of Famous Dave's, we will probably add the Tahoe Joe’s items to," Crivello said.

Joe's steaks are cooked using a pellet broiler, imparting a smoky flavor that is similar to the smoked meats served at Famous Dave's.

The co-branding strategy would be a continuation of BBQ's existing efforts to combine Famous Dave's with other restaurants. It has such an agreement with a Texas T-Bone Steakhouse restaurant in Colorado that is owned by a Dave's franchisee, and could also pursue a dual concept approach with the 25 Johnny Carino's Italian restaurants that are offering Famous Dave's for takeout and delivery only.

It is one part of BBQ's three-pronged growth strategy that also includes opening new restaurants and acquiring additional brands. The company has been extremely active in the latter category recently, buying Granite City Food & Brewery out of bankruptcy before the pandemic and then acquiring Village Inn and Bakers Square this summer for $13.5 million. It has also picked up one-unit Clark Crew BBQ and two-unit Real Urban Barbecue.