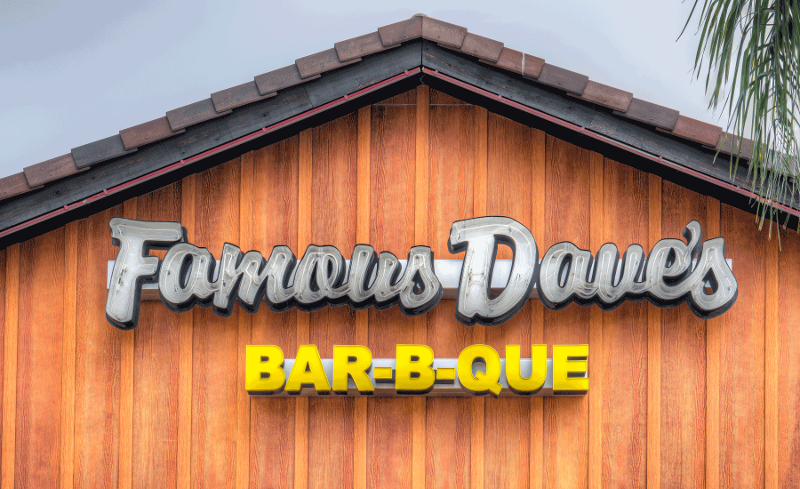 Famous Dave’s has agreed to co-brand its barbecue restaurants with units of the Johnny Carino’s casual Italian chain under a 25-site expansion deal with Carino’s parent, Bluestone Hospitality Group. The company is also a franchisee of Famous Dave’s.

The arrangement also calls for Carino’s restaurants to serve as ghost kitchens for Famous Dave’s. The kitchens of those Carino’s units will produce Famous Dave’s-branded meals for takeout and delivery.

Simultaneously, Famous Dave’s will seek to expand its off-premise business by engineering a drive-thru capability.

The arrangement with Bluestone is the latest move by Famous Dave’s parent, BBQ Holdings, to reinvigorate the company. It recently announced a similar co-branding deal with another franchisee, Dave Crimmins. Under that agreement, a Famous Dave’s has been co-branded with a unit of a concept owned by Crimmins, T-Bone Steakhouse.

BBQ is exploring several other growth options, including expansion of Real Urban Barbecue, a limited-service Chicago operation the company purchased in recent months, and pairing up with stars of the barbecue competition circuit, as it did with pitmaster Travis Crew. That arrangement resulted in the opening of Clark Crew BBQ, a single restaurant in Oklahoma City, where Crew and his team are based.

In addition to Famous Dave’s, BBQ is the parent of the Granite City Brewery, a chain of brewpubs.