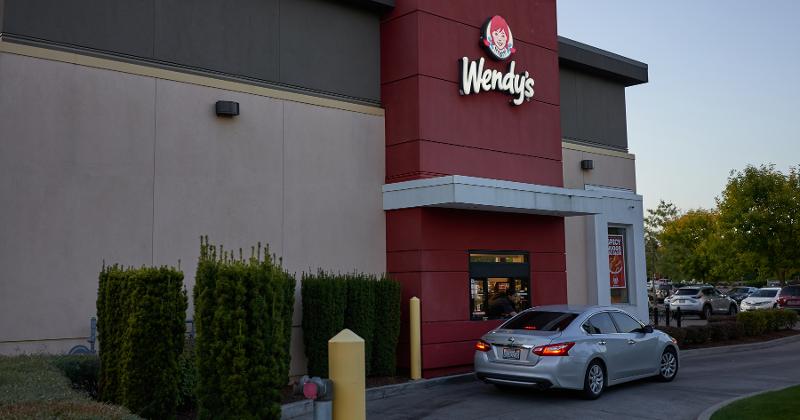 “Some makeshift drive-thrus went up overnight,” Jim Holthouser, CEO of the juice and smoothie chain’s parent company Focus Brands, said in an interview.

“You could be in a strip center with all the retail closed, and you’ve got a nice drive-thru operation going on in the parking lot. Just get some orange cones at Lowes and a nice umbrella from Amazon and you’ve got one. Those kinds of things have made a big difference.”

Drive-thrus, makeshift or real, have helped fast-food chains bolster their sales in recent weeks, to the point where many of them are in full recovery, helping many walk back from some of the direst predictions at the outset of the pandemic. Consumers have willingly waited out long lines at the window to purchase burgers or tacos or sandwiches.

At Jack in the Box, for instance, same-store sales rapidly improved from a decline of 17% in late March and early April to an increase of 8% in the week ended May 10.

The results were “better than we initially expected,” CEO Lenny Comma told analysts earlier this month.

“It’s a safe transaction for the consumer and the employee,” he said. “It’s an efficient convenience-oriented transaction right now.”

At Wendy’s, same-store sales improved from a decline of 26% in the first week of April to a decline of 2.1% in the week ended May 3. Some operators have privately said the improvement, coupled with a shift in focus to just the drive-thru, helped them generate higher levels of cash flow than they did a year ago.

Similarly, Del Taco saw its sales improve from a decline of 27% to a decline of just below 13%. The company recently did strong sales on Cinco de Mayo.

“As consumers begin to experience stay-at-home fatigue and grow tired of pantry stocking, they become more willing to order at the drive-thru, carryout and increase use of delivery options,” CEO John Cappasola said on the company’s first quarter earnings call earlier this month, according to a transcript on the financial services site Sentieo. “We also believe stimulus checks may have contributed to the improvement.”

In a letter to customers and shareholders Thursday, CEO Kevin Johnson said same-store sales are about 60% to 65% of their previous levels but warned that full sales could take a while to achieve.

“Until a vaccine is developed and broadly available, consumers will be cautious as they return to work or go back to school,” Johnson said. Still, the company’s drive-thrus have performed well through early May.

And other chains have seen a boost in sales of late. “It’s been really going well the last couple of weeks,” said Scott Redler, cofounder and chief operating officer at Freddy’s Frozen Custard and Steakburgers. “People are getting out and about a little more in a very cautious manner.”

The kinds of sales that quick-service restaurants are generating, however, has clearly shifted. Almost every operator has said they get fewer, bigger orders than before, as consumers order for larger groups and are much less likely to go it alone.

McDonald’s, for instance, expected its April same-store sales to be down 20%. But average check had a “significant increase across all channels.”

Wendy’s experienced a similar phenomenon. “We’re clearly seeing much higher average check sizes as you got bigger parties coming to the restaurants to buy food,” CEO Todd Penegor said, according to a Sentieo transcript. “In most cases, it’s not just one or two people. They’re buying for the whole family.”

But that impact hasn’t been the same for everybody. For one thing, Wendy’s has managed to maintain a surprisingly healthy breakfast business through the pandemic—it represents 8% of the chain’s sales as of early May.

At Dunkin’, the chain’s locations saw improved business in late morning and early afternoon as consumers look to take a “break.”

Jack in the Box, meanwhile, saw improved sales of breakfast items later in the day. “Occasions have shifted away from the traditional breakfast daypart, with consumers no longer commuting to work,” Comma said. “But since we offer anything on the menu any time of day, we are seeing plenty of breakfast items selling later in the day, and we believe this is one of the positive factors contributing to our sales.”

Many chains have shifted marketing to emphasize what many consider to be a new normal or a new reality in the industry. In late April, for instance, Wendy’s gave out free Chicken Nuggets to cars in the drive-thru on what it called a “Group Nug Day.” It also shifted more of its marketing to delivery.

At Jack in the Box, the company shifted media to digital content and launched a campaign called #StayInTheBox to promote sheltering in place. It created family bundles and promoted delivery.

The results have Comma believing the company can keep its momentum even as other restaurants reopen and dining rooms come back online. “I can’t imagine that as dining rooms open and we have an opportunity for even more capacity that we would lose momentum,” he said. “I would expect that we’d be able to maintain what we’ve been able to achieve.”