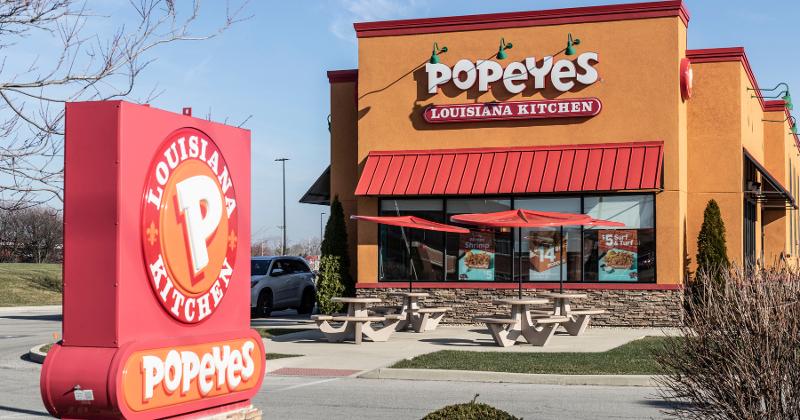 Popeyes growth is apparently making it harder for the chain to find enough workers.

Executives blamed the decline in part on a reduction in traffic count. That reduction was blamed solely on labor. Restaurants couldn’t find enough workers to keep dining rooms open and many of the stores cut operating hours.

In an interview, RBI CEO José Cil said the problem is rooted somewhat in the chain’s unit count growth.

Popeyes is growing unit count by nearly 6% a year and currently operates nearly 10% more restaurants in the U.S. than it did at the end of 2019. The chain operates 2,700 domestic units and 3,600 worldwide.

“The business has grown so much the past two years, they’re getting more pressures from a staffing standpoint,” Cil said.

The biggest problem is in the late-night business. On average, Popeyes restaurants have shortened operating time by one hour a week. That time usually comes late at night, when much of the sales that come in are larger orders.

“Outside of late-night, we saw daily sales either flat or improving modestly throughout the quarter,” Cil said. “So the real drag and the real impact from a labor standpoint was the late-night daypart.”

And the labor issues weren’t just affecting the restaurants. Labor issues closed down a distribution center, which affected about 10% of the chain’s stores for a while. The company is working to diversify the network to prevent that from happening again.

To be sure, Popeyes remains on relatively strong footing. Its same-store sales are still up more than 14% over the third quarter in 2019. That was also the quarter when the chain introduced its chicken sandwich. Average unit volumes are now about $1.8 million, executives said.

And Popeyes is hardly the only restaurant chain in this boat. Many restaurants are raising wages and benefits to compete for workers and are still struggling to get them in the door. It is getting better, but not by much. “It’s maybe a little bit better than it was 45 days ago,” Cil said.

But the company is working to improve situations for franchisees. Cil said Popeyes and its franchisees are sharing best practices and the company has tested some strategies to improve the flow of applicants into restaurants, such as text messaging applications.

One thing Popeyes won’t do is slow down, however. The chain has been adding restaurants aggressively in the past two years, as interest in the franchise has increased since the introduction of its chicken sandwich and existing franchisees eagerly build new locations.

Josh Kobza, Popeyes chief operating officer, said that the brand sees an opportunity in the U.S. because of its relative lack of convenience.

“The No. 1 barrier to trial for the brand is convenience,” he said, noting that half of the chain’s customers drive more than 10 miles to get to one of its restaurants. “We see adding new locations closer to our guests as a significant long-term opportunity.”