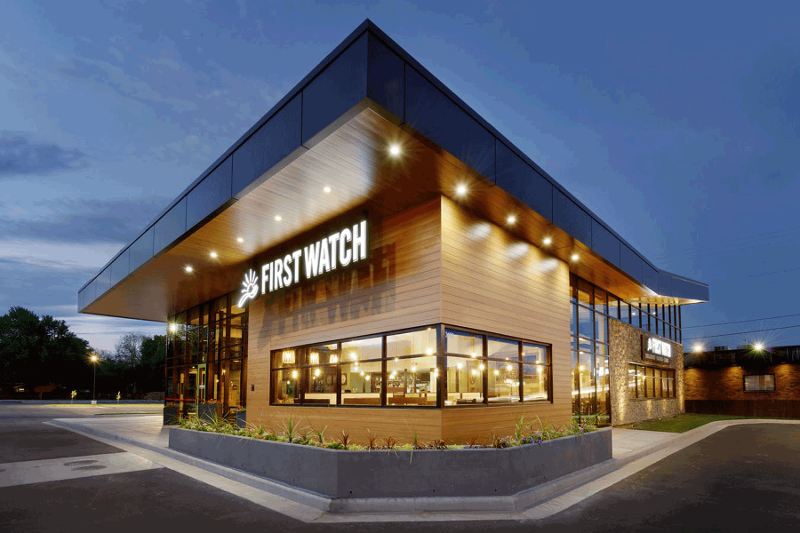 The pricing landed on the lower end of its established range of $17 to $20, but gives First Watch a valuation of $1 billion. And those shares took off after the markets opened Friday, reaching a high $23.43 and ending the day at $22.13, an increase of nearly 23%.

The company made 9.45 million shares available with the IPO, and could raise an additional $25 million if underwriters exercise an option to buy about 1.5 million additional shares over the next 30 days. Shares will begin trading Friday under the ticker symbol FWRG.

The University Park, Fla.-based company will use the funds to pay off debt. It has $294 million in total debt.

First Watch has 423 locations in 28 states, most of which are company-owned. Its restaurants are open from 7 a.m. to 2:30 p.m., a single shift that it believes helps it recruit and retain workers. It serves breakfast, lunch and brunch made with fresh ingredients that are prepared in the restaurant daily.

Despite its limited hours, First Watch restaurants generate average unit volumes of $1.6 million, and it grew same-store sales in 28 consecutive quarters from 2013 to 2019. During the pandemic, it invested in technology and added alcohol to its menu, helping it rebound quickly: It posted same-store sales growth of 16.3% in the second quarter ended June 27 compared to the same period in 2019, and 1% traffic growth.

It is also adding new restaurants at a rapid clip. From the beginning of 2020 to the end of the second quarter, it opened 60 new stores, and it believes it could have as many as 2,200 locations someday.

First Watch is the third restaurant chain to go public this year, after Krispy Kreme and Dutch Bros, and the first in the burgeoning breakfast-and-lunch sector to undertake an IPO.