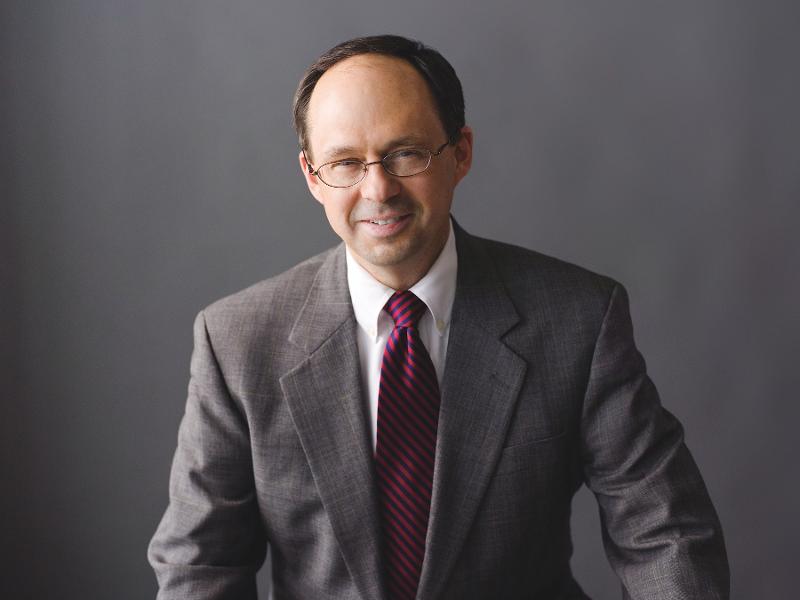 Jim Holthouser became the CEO of Focus Brands just before the world went to hell.

The former Hilton executive took the helm of the Atlanta-based franchisor in late February and was just getting to know the brands Focus operates, including Auntie Anne’s, Cinnabon, Moe’s Southwest Grill, Schlotzsky’s, McAlister’s Deli and Jamba.

And then states began closing down dining rooms to protect against the pandemic, while malls that housed many of Auntie Anne’s and Cinnabon’s locations closed their doors altogether. All of a sudden, Holthouser was dealing with a crisis unlike anything the industry has seen. And Focus’ once-filled offices were emptied as workers stayed home.

“I was with a fully functioning team in a big corporate office for about two weeks,” Holthouser said. “And then over the weekend basically had to send many hundreds of people to work from home.”

Almost immediately, the company had to go into rescue mode, immediately providing royalty relief to the franchisees of the company’s various chains.

And with dramatically lower revenue, Holthouser’s tasks included layoffs of 136 workers as the pandemic cut into sales at the company’s chains. “Like just about every other company in the country, we had to go through the painful process of matching the workforce with the revenues coming in,” Holthouser said.

“That was the first month,” he added. “You’re trying to learn a company and then you’re dealing with the pandemic. It was a full assault.”

Still, Holthouser said he has an experienced team that has helped guide the company over the past two months and worked with the chains’ various franchisees to ensure they can make it through the shutdown.

And in that period, Holthouser has seen a lot of parallels between his old industry and his new one.

“They’re branding organizations,” Holthouser said. “One happens to be in the hotel business, one in the restaurant business. Most of it’s been an easy ramp-up.”

Holthouser sees more parallels when he looks at the future of restaurants. The hotel industry in the 1990s went through a massive period of consolidation, helping to create huge, multibrand hotel companies such as Hilton.

Much of that consolidation was due to the rapid infusion of technology—specifically online reservations that overhauled how consumers found and reserved hotel rooms. A lot of people see parallels now in the restaurant industry, beset by growing online ordering technology that costs money to implement and could push companies to merge so they can afford it.

“If you go back 20 to 30 years ago, the hotel business was fragmented,” Holthouser said. “There were lots of brands and small companies. Fast-forward 20 years later and you have a half-dozen megaplayers today. When you look at the restaurant industry, it’s kind of similar. If I had to bring out a crystal ball, 10 years from now, this industry will look very different, with five, six, seven, eight megaplayers.

“The needs, what’s driving this, is largely the same thing as hotels. You need more and more scale to manage the supply chain and more sophisticated sales and marketing.”

The pandemic could well speed this process. Larger chains have increasingly regained much of their customers during the shutdown. They have the marketing might to get their messages out—consider that McDonald’s reached into its back pocket and found $100 million to invest in U.S. marketing, for instance.

“Without the scale of a big company, you’re going to find a lot of very distressed regional brands out there that may be looking for a new home base,” Holthouser said. “Scale was already pushing us in that direction. Now more companies, more restaurants will be distressed. They will need to find a safe harbor in a bigger portfolio.”

As for Focus Brands’ companies, Holthouser said, the pandemic has accentuated the need for more digital ordering.

Consumers are rapidly shifting more of their orders to digital means, and that trend rapidly accelerated during a pandemic in which online ordering was considered safer.

“The big lesson for all of us is the growing importance of digital in this industry,” Holthouser said. “The world was going in that direction anyway, but then you had this pandemic with 350 million people at home who very quickly learned to interact with restaurants very differently.”

The apps, along with third-party delivery, were “immensely helpful” to Focus’ sandwich brands in particular.

Focus, Holthouser said, is accelerating work on digital orders to ensure all of its brands have that going. “All I know is that if there is a phase two of this pandemic I want all of our brands to be digital-ready,” he said. “That’s going to be so important.”

The company’s brands have done either better or worse, based on their circumstances during the pandemic. The mall-heavy Auntie Anne’s has struggled the most, as retail shopping centers have closed their doors. Cinnabon, which has about a third of its locations inside malls, less so. On the other end, sandwich concept Schlotzsky’s, with its drive-thrus, has performed better.

Jamba, he said, was able to create makeshift drive-thrus in many cases as strip malls where shops are located had empty parking lots. “You got a nice drive-thru operation going on in the parking lot,” Holthouser said. “You get a couple of orange cones at Lowes and a nice umbrella from Amazon and you have one. Those kinds of things have made a big difference.”

Malls are starting to reopen again, which bodes well for Auntie Anne’s and Cinnabon, though “it’s going to be a while before customers feel comfortable enough to come back to malls,” Holthouser said.

Still, he is betting on the brands figuring out how to adapt to this new reality. One of the lessons Holthouser has taken from his introduction to the restaurant industry has been its resilience and adaptability. As the Jamba drive-thru example demonstrated, many companies have adapted to fit the times.

“I was amazed at how fast and how resilient it proved to be,” Holthouser said. “It’s like the whole industry was able to pivot very quickly. Maybe it was just survival, but many brands did a great job of changing on a dime, rejiggering the menu and adding different delivery options. It’s been pretty impressive to watch.”

Holthouser still goes into the office, actually. It’s just a lot emptier these days, with just himself, the CFO and the general counsel. “The building’s very quiet,” he said. “Everybody else is working remotely.

“I can’t wait until everybody comes back.”