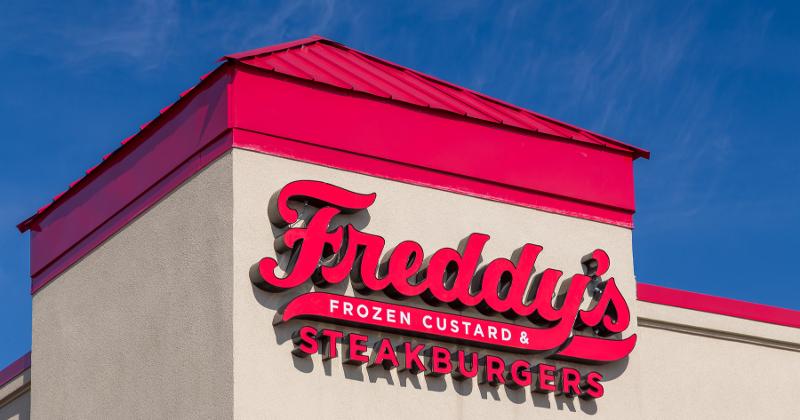 Terms were not disclosed. But the deal gives Thompson (TSCP) a chain that has quickly grown to nearly 400 mostly franchised units in more than 30 states. The chain features burgers and its signature frozen custard and operates drive-thrus, which have proven valuable during the pandemic and attractive to industry investors.

The chain has averaged nearly 22% annual system sales growth in the five years before the pandemic, according to data from Restaurant Business sister company Technomic.

The deal will help the company continue to expand. “There remains a large segment of the country where we are not present and by partnering with TSCP we will be better able to expand in those areas and continue our strong growth going forward,” Randy Simon, Freddy’s co-founder and CEO, said in a statement.

Simon, his brother Bill along and restaurateur Scott Redler founded the chain in Wichita, Kan., in 2002. It began franchising two years later and has quietly thrived in the years since then, joining a wave of higher-end burger chains—though unlike many of them it generally features drive-thrus.

Quick-service chains with drive-thrus have become hot properties in recent years, but especially since the pandemic highlighted the need for such lanes. The chicken chain Zaxby’s, for instance, received a major investment last year.

“Freddy’s is a highly unique, scaled franchisor platform that has built a premium brand over the past two decades with leading franchisee retention, remarkable growth, and a passionate guest following of ‘FredHeads,’” Bob Dunn, managing partner at TSCP, said in a statement.

Freddy’s openings have proven popular even amidst the pandemic—one brand new location in Jackson, Tenn., opened last April to lines that were more than 100 cars long at one point.

In a statement, Redler said the company has invested in a corporate support system and said that the deal with Thompson will “elevate those capabilities and enable us to take our franchisee support to another level.”

For Thompson, the deal represents a big entry into the restaurant industry. The St. Louis-based private equity firm has acquired over 150 companies in healthcare, life sciences, software and technology, business services and engineered products.

“Freddy’s presents an exciting opportunity to partner with the founders and management to continue to grow a premier system by accelerating franchise development, increasing focus on marketing and technology deployment and enabling operational best practices across the footprint,” TSCP Director Joe St. Geme said in a statement.