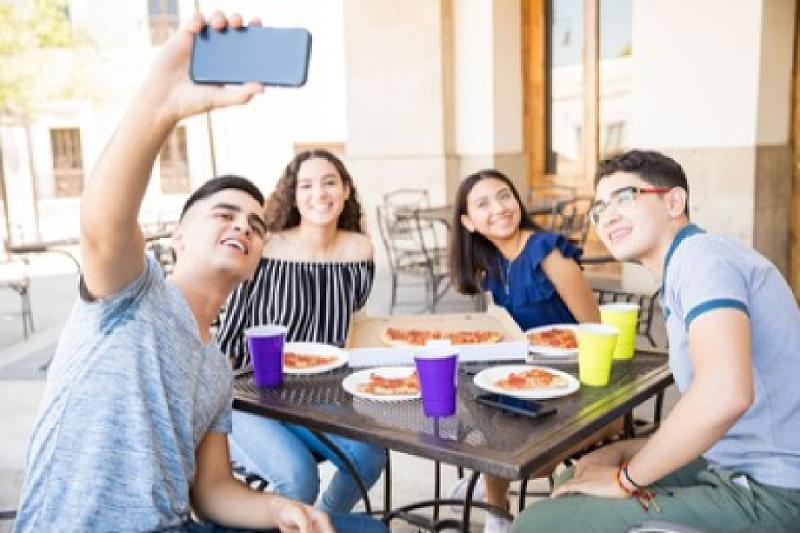 How is inflation influencing the way younger consumers use restaurants? It's not what you think. / Photograph: Shutterstock.

It’s a hard feeling to explain.  Cringe, perhaps. It’s that strange mix of second-hand embarrassment and sympathetic pain that I feel when I read an article defining a younger generation written by a member of an older one.  That feeling comes rushing back when I think of those Gen-X defining headlines of 30 years ago which were usually some play on slacker and lazy, and of course, how to market to such a lost generation, that rejects commercialism and considers the greatest sin to be selling out.

Thus, it is with great self-awareness that I’m writing about Gen Z consumers this week, but with opinions backed up with data (so it’s fine and not cringe-inducing at all.)

Gen Z, many of which spent their “formative” restaurant years during the pandemic, will be shaping foodservice to come, especially as the largest population cohort–millennials–will be aging out of their prime restaurant-spending years. Understanding how Gen Z is reacting to our current inflationary environment can help operators to develop long-term strategies with contingency plans around economic downturns.

In a recent Technomic survey, nearly half of all consumers (48%) say they are going to restaurants less often because of inflation; however, that number drops to 34% of those ages 18-24.  I was expecting to see a higher number of 18-24-year-olds cutting back on orders considering their incomes are typically lower, which reinforces the idea of questioning broad generational assumptions.

Instead, younger consumers are opting to choose less expensive items on the menu rather than cut visits or cook more at home. Forty-eight percent (48%) of 18-24-year-olds say they’re looking for cheaper menu items, 10 points higher than average.  In a sea of negative data about traffic, this is somewhat positive news for operators because Gen Z is still coming in (or having it delivered to) the door and that behavior is likely to hold as we’re finally seeing inflation slow.

I spoke with fellow young people to get their take on what’s going on with their generation and heard a similar story.  “Price increases haven’t deterred me from going out to eat, generally. I do notice the changes and consider how the prices of items compare across restaurants,“ explained Kathleen Lahey, data scientist at Technomic.  “If the price of a burger goes up from $10 to $12, I’d still buy it because that’s the average price of a burger in my area. But if went from $16 to $18, I’d pick something else on the menu.”

Operators must be aware that, while digital ordering has been a boon to check averages and sales, especially when capturing the younger audience, it also provides a level of transparency that allows consumers to easily comparison shop.  And with third-party delivery apps, it’s especially critical that operators get their prices right or they may lose out on an order to another restaurant over a few cents.

Operators also need to be mindful of price differences between items on their own menus and ensure that they’re promoting products that maximize margin. “There is a bulgogi beef bowl at a local restaurant that I love and have ordered for years,” said Mitch Wittmann, data analyst at Technomic. “The price of it has been consistently raised over the past year or so, and it’s now so expensive that it doesn’t seem worth it for the price. Instead, I often opt for the barbecue chicken bowl which is a few dollars cheaper. I don’t like it as much as the bulgogi bowl, but with a price that is justifiable I am much more likely to order it than the bulgogi.”

The price of it has been consistently raised over the past year or so, and it’s now so expensive that it doesn’t seem worth it for the price. Instead, I often opt for the barbecue chicken bowl which is a few dollars cheaper.

This may not necessarily be a bad thing for this restaurant as the cost to create the chicken bowl may be cheaper than the bulgogi beef. Again, this highlights the importance of understanding your customer, their willingness to spend, value-forward positioning and getting that price just right.

Thinking about generational stereotypes and yelling at clouds, I thought it fitting to wrap up by asking a more “seasoned” restaurant patron how they think Gen Z is responding to menu price increases.  “I don’t think they care,” said Mat Thies, husband of me and card-carrying Gen Xer, “They have disposable income, and they don’t mind throwing money at experiences. Dang kids.”  And the cycle continues.

For more information on pricing and menu research, click here or reach out to Technomic at info@technomic.com or technomic.com. Technomic is a sister company of Restaurant Business