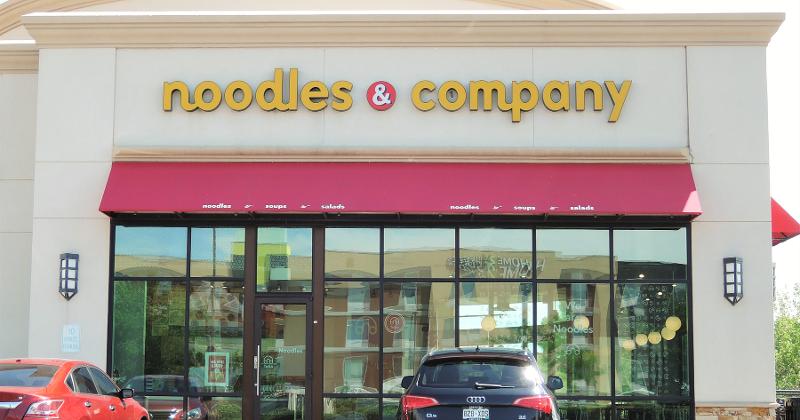 Noodles & Co. profits have taken a hit this year as chicken prices have soared./Photograph: Shutterstock.

Inflation did Noodles & Co. no favors this spring. The Broomfield, Colo.-based noodle chain said that its net income declined to $1.3 million in the second quarter, down from $5.7 million in the same period a year before.

The biggest reason was food costs. The company’s restaurant contribution margin was 15.5%, down from 18.9% the same period a year ago despite a same-store sales increase of 5.1%, and far below its stated goal of 20% restaurant profits. Cost of goods sold, which includes food and paper, rose 300 basis points over that period.

Yet there is some good news to be had here for Noodles: It’s not getting any worse. The company believes that inflation has peaked and has started to see some relief, particularly on the cost of chicken.

“The price of chicken rose throughout the second quarter to unprecedented levels, peaking at the end of May,” CFO Carl Lukach told investors on Wednesday, according to a transcript on the financial services site Sentieo. “However, as of today, the market has already declined 20% versus those historical highs, and we anticipate continued normalization.”

Chicken is a big deal to Noodles, Lukach said, given that half its customers add white meat chicken to their dishes. Those prices increased largely due to a bad bout of Avian flu, which led many processors to destroy flocks.

Prices were so high that at one point the company started adding an extra surcharge for chicken orders. That surcharge is no longer in place, executives said.

Noodles said that it worked with vendors to optimize the cut of its chicken breast to reduce waste, an effort Lukach said will improve cost of goods sold, or COGS, by 100 basis points. The company expects to roll that effort out in October.

As for the rest of its commodity basket, he said, those prices appear to be “fairly stable,” with “modest increases” in dairy and proteins but relief in the cost of wheat.

“Our overall inflationary basket has been impacted more than many in the industry during the first half of 2022,” CEO Dave Boennighausen told investors, according to Sentieo. “We firmly believe that we are actually in a position where you’re going to start to see improvement.”

The inflation took away from what Noodles believes was a generally strong quarter. Its average unit volumes were $1.42 million in the quarter—up 18.3% when compared with the same period in 2019. Its goal is to reach $1.5 million AUVs by 2024.

The company continued to broaden its reach into healthier and alternative pastas, with its “Leanguini” offering that has less than half the carbs and 44% more protein than its traditional pasta, along with Zucchini noodles.

The company’s sales softened late in the second quarter but stabilized, giving executives hope that they will remain positive in the third quarter—even if Boennighausen acknowledged that “the near-term economic environment is unstable and difficult to predict.”

Noodles recently started offering seven core dishes priced at $7 in a bid to keep customers as they begin taking steps to cut restaurant spending in an inflationary environment.

And Boennighausen said that the company appears set for strong unit growth in 2023. “An improving real estate and cost climate has allowed us to shift more resources into the 2023, which is the strongest I have seen in many years at Noodles & Co.,” he said. The company has 20 deals for next year and Boennighausen said the pipeline is three times as strong as it was at any time last year.