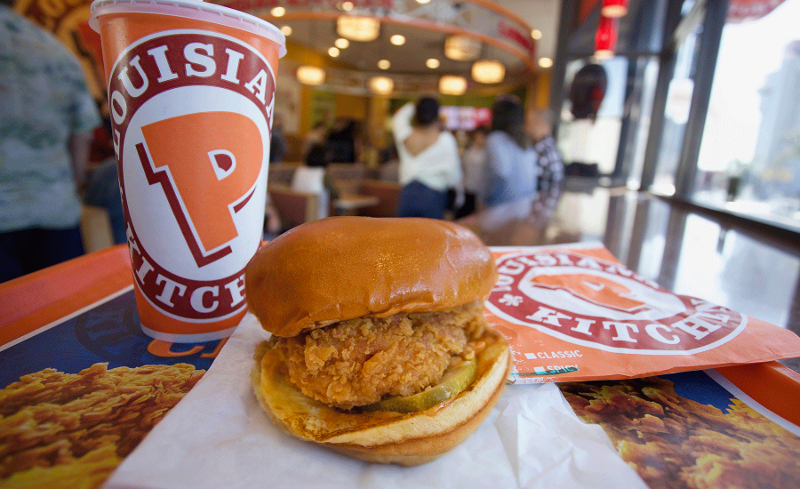 The Miami-based chicken chain took a seemingly innocuous tweet from Chick-fil-A, the dominant player in the chicken sandwich market, and turned it on its head. Popeyes’ response was simply, “Y’all good?”

It’s difficult to overstate just how important that tweet really was. One year later, it’s clear this was a singular event not only in company history, but for the fast-food business as a whole, helping to push much of it further toward poultry. Popeyes’ success in the aftermath has shifted the company’s business model and has many of its competitors jockeying for their own rival versions.

To be sure, boneless chicken has been an increasingly popular product for some time. The aforementioned Chick-fil-A has been an absolute juggernaut. It has been the most successful large chain in recent years, boasting ridiculous average unit volumes and seemingly unstoppable overall growth. Popeyes’ success has not done anything to stop it.

Smaller chains have thrived, too. Raising Cane’s has been growing at an impressive rate on its own and, at least judging by all of the remarkably long lines at its drive-thrus in recent months, has not lost a beat.

But 13 months ago, these chains were leaving traditional bone-in chains in the dust. Look at the following graphic. In 2012, Chick-fil-A surpassed KFC as the largest chicken chain in the U.S., according to data from Restaurant Business sister company Technomic. It has since lapped KFC almost twice over. Popeyes has had good growth on its own, but at a far more measured pace, and there were signs it was slowing.

Chick-fil-A versus KFC versus Popeyes

During this period, it wasn’t like bone-in chains didn’t make efforts to introduce their own chicken sandwiches. Many of them did. But consumers didn’t quite give them the credit for doing so, even if the sandwiches were generally successful on their own.

In short, consumers considered them bone-in chains and went to Chick-fil-A or Raising Cane’s for their boneless fix. Or they went to McDonald’s, which sells a huge number of such sandwiches.

Popeyes spent two years developing its $4 chicken sandwich. And then it introduced the product in August of last year to little fanfare, though tests were successful. And then came the tweet.

That singular tweet had more than 320,000 likes and Popeyes earned 8 billion impressions, worth $87 million. The tweet turned the Internet on its head, and generated days’ worth of long lines to the company’s drive-thrus until it ran out of product.

That should have been the end of it, really. It would be weeks before the product returned to the company’s restaurants. That kind of break has a tendency to take the wind out of a product’s sails—we spoke with a number of operators who predicted the sandwich’s demise.

That didn’t happen. Since the product’s reintroduction in November, it’s become clear that Popeyes has established a new standard for itself. Consider that, when the pandemic led to widespread dining room shutdowns in March, the company’s same-store sales slowed to just flat, before returning to their ridiculous pre-pandemic levels.

In short, Popeyes reset its expectations. Go back to the earlier graphic and you see a bit of a spike in Popeyes’ system sales last year, based on less than one quarter’s worth of its chicken sandwich. The chain appears poised to come close to overtaking KFC as the second-largest chicken chain.

(Though, it must be said, KFC has had a strong pandemic itself, making it a quiet winner as consumers flocked to its buckets of chicken.)

Popeyes likely gave bone-in chains permission to start selling chicken sandwiches. KFC, for instance, is testing its own chicken sandwich. And there are reports that other, smaller chains’ chicken sandwiches have sold well upon their introduction. Even taco chains like Del Taco are getting in on the act.

In other words, Popeyes may well have only intensified consumer demand for chicken sandwiches, much like the now-infamous Jared campaign at Subway made consumers think sandwiches were somehow healthy. McDonald’s, facing pressure to respond both to its growing rival Chick-fil-A as well as Popeyes, is testing its own sandwich. And Wendy’s managed to survive a brutal shortage of fresh beef in May by simply advertising chicken.

Would all of this happened without that tweet? Maybe. As we said, chicken sandwiches were increasingly popular. But that post put the whole thing on a fast track, and now we live in a chicken-sandwich world.