Golden Chick was a mostly sleepy chain when Mark Parmerlee bought the company in 1989 and, frankly, was still pretty sleepy in the years after that, too. “There was a time when having five openings a year was a good year,” he said.

But all of that changed in 2011 when Golden Chick reimaged its restaurants and added a new menu that included things such as chicken salad and roast chicken to go with the chain’s fried chicken and chicken strips.

The changes “helped us become more contemporary,” he said. But they also proved to be a big dose of growth serum, because the chain has grown substantially in the years since.

“I’ve never seen much like this,” Parmerlee said. “I’ve seen a remodel or reimage provide a pop for a year, maybe two. This one we were up on up on up—significant increases for about four years. We went from doing a handful of unit openings a year to double digits. We’ve been doing that now. And along the way we got increases in average unit volumes. 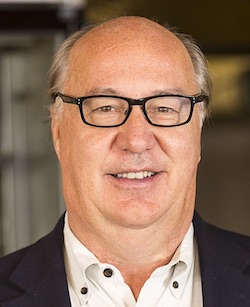 Golden Chick operates 185 locations and expects to open another 25 this year between company restaurants and franchisees, who operate most of the chain’s restaurants.

And indeed, the chain’s recent growth has been impressive. System sales growth has averaged 15.6% a year over the past five years, according to Technomic Ignite data. That’s twice the average for fast-food chicken chains, which include some of the fastest-growing chains in the U.S.

Golden Chick was founded in 1967. At the time it was named Golden Fried Chicken and had what Parmerlee calls a “very basic menu” featuring bone-in fried chicken, mashed potatoes, biscuits and soda.

Over time, Golden Chick began using the tenderloin part of the chicken breast for tenders, which helped the chain grow in its early years. By the late 1980s, however, the brand’s owners ran into trouble in their business interests outside the company and sold it to Parmerlee, who had worked for hospitality firms and spent time as an investment banker.

“We did a lot of research and began plotting our course,” he said. One of the course changes under Parmerlee was a name change to Golden Chick.

His reasons for that chain were fairly simple.

“Some people think it was just to get the fried out of the name,” he said. “But it’s because Golden Fried Chicken wasn’t able to get a federal trademark registration. Golden Chick was something close that we could get.”

The company had done reimages in the years after that, but it was in 2011 when the chain’s fortunes turned for good.

The company hired a local chef who helped expand the menu to include a chicken salad with fresh produce and a variety of dressings, giving the chain some healthy options for consumers. “You come up to the counter and you certainly see a lot of food,” Parmerlee said. “You also have options that are healthier options or perceived healthier.”

“That, along with the look—it just seemed to click,” he added. 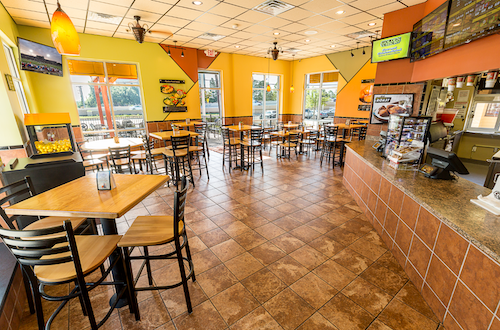 The chain’s growth in recent years has given it media efficiency in some markets—notably Dallas-Fort Worth—enabling the chain to get on television—which only furthers the company’s recognition among its core customers.

Golden Chick operates 15 of its restaurants, with franchisees operating the rest either directly or in joint-venture partnerships. That gives the company skin in the game and has also helped the chain test the reimage before asking operators to remodel their locations.

For the most part, however, it relies on those franchisees. “I’m really proud of our franchisee relationships,” Parmerlee said.

“We don’t have a lot of giant, passive owners or giant corporate owners,” Parmerlee said. “They’re pretty close to the ground.”

He also said the company invests heavily in franchisee support. “We plough back our profits into overhead,” he said. “It may not be the most expedient thing for profitability, but for the long-haul it made sense.”

When the remodel came up, Golden Chick tested it first and then worked to help its franchisees understand that the new image was an investment that made sense. The remodel featured a color change and new signs, and a “bistro look” inside that Parmerlee said was a “significant upgrade from anything in our segment.”

“We spent a bit more than the average chain in our segment,” he said. “We’re just trying to make it more relevant, more contemporary.”

The chain did a couple of stores in 2010, presented the idea to franchisees and passed through rebates from vendors to help offset some of the costs. And as the stores performed, other franchisees jumped on board.

“People had to see some success,” Parmerlee said. “We’re like any chain. You’ve got a group of pioneers. And then there are those willing to take some risk but would rather someone else step out there. And then you’ve got the last group that just needs some incentive.”