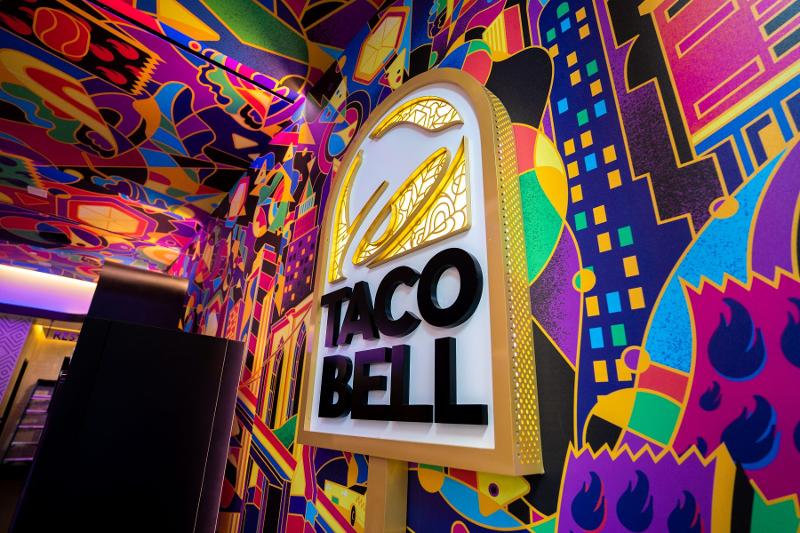 The pandemic hasn’t dampened Taco Bell’s enthusiasm for New York City. But it has changed the restaurants it plans to open there.

On Wednesday, the Mexican fast-food chain plans to open a new location on New York City’s Times Square. The restaurant will essentially combine elements of its Go Mobile prototype into its traditional Cantina urban concept for a location expected to get up to 95% of its sales through digital orders.

Oh, and the company has high hopes for the restaurant. “Las Vegas is the highest volume restaurant in the system,” Chief Operating Officer Mike Grams said in an interview, referring to the chain’s Cantina location on the Las Vegas Strip. “We expect this to rival that.”

The restaurant will feature 10 self-order kiosks that will replace the store’s analog menus and a bank of 15 cubbies for online orders and delivery drivers. Customers can also buy souvenirs and alcoholic drinks. There is an open kitchen and the location will introduce a menu item, the Bell Apple Freeze, for $3.59. It’s only available at that location. ‘It’s going to be the most tech-forward experience we’ve got in the marketplace,” Grams said.

The location itself is housed inside the historic paramount building that originally served as the headquarters for the major motion picture company after it was built in the 1920s.

The kitchen will be designed to handle a substantial amount of foot traffic from Times Square tourists and New Yorkers in need of a Chalupa. “How it’s laid out, it’s built for production and peak efficiency,” Grams said. 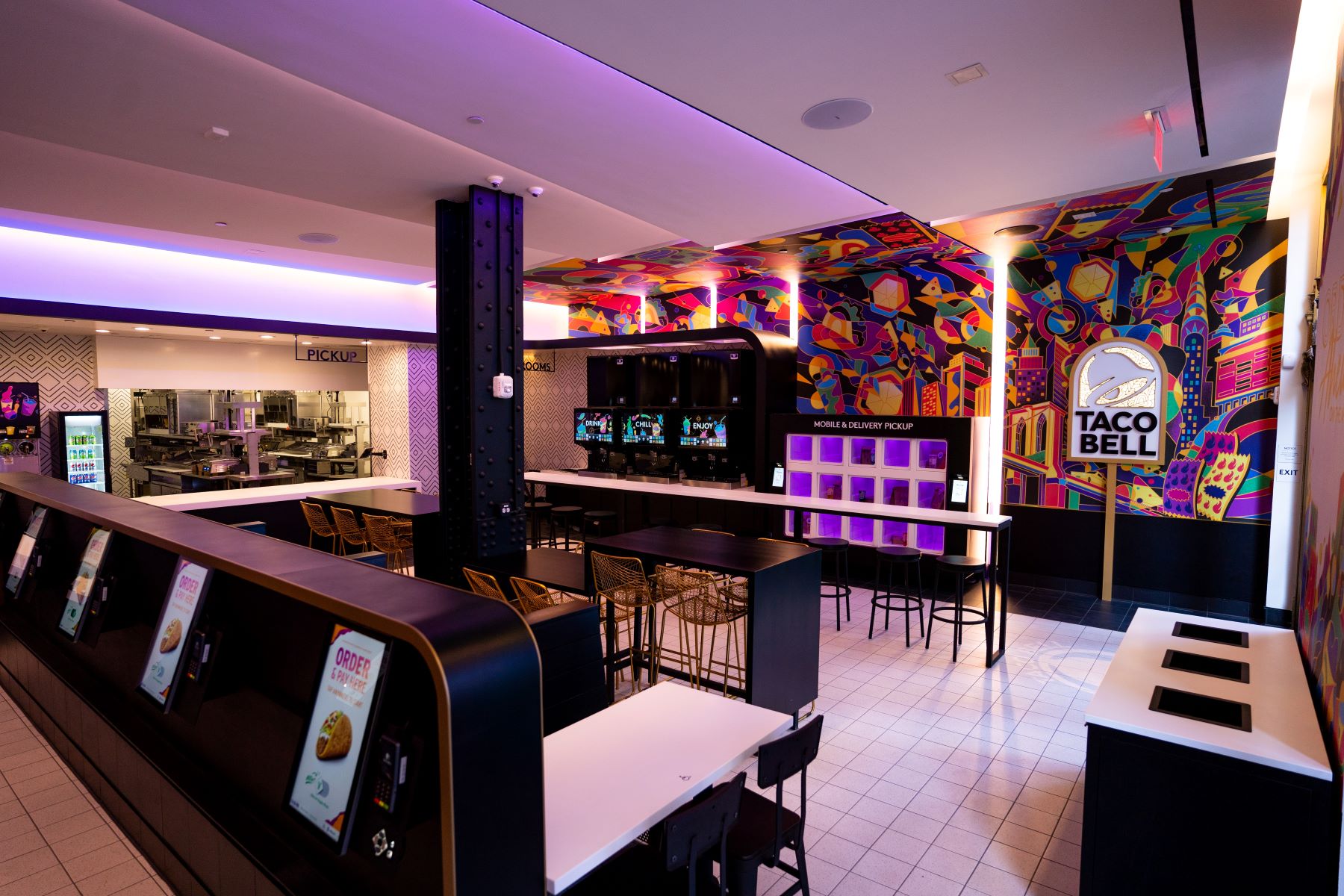 Taco Bell has been making a big push into New York City in particular as part of a broader effort to improve its presence in the Northeast. The chain operates 6,800 U.S. locations, 475 of which are company owned. The Times Square location will be one of five company operated locations in Manhattan.

The chain developed its Cantina concept especially for such urban markets--none of them had drive-thrus until relatively recently. Cantinas are more experiential-focused and have alcohol. The Las Vegas location has a healthy alcohol business and customers can even get married in the restaurant’s chapel.

Taco Bell has nearly 60 locations in New York City. The company hopes to have more than 100 when all is said and done.

“We believe in New York and we’re going to be ready for New York,” Grams said.

The Cantina concepts have already had plenty of technology elements, as customers there frequently use kiosks and mobile apps to make their orders.

The pandemic has only accelerated consumer adoption of technology around the country. As such, Grams said, the Times Square location is being opened with twice the number of self-order kiosks as it would have had otherwise. “They just like it a lot better,” Grams said.

He also believes this is permanent. “There was a strong digital business in New York,” he said. “Now we see that everywhere. We’re seeing that show up in Iowa.”

The optimized kitchen and other digital elements are also designed to improve employees’ experiences inside the restaurant. “It makes the team member experience a lot easier,” Grams said. “We can build teams to manage the business. Everybody is excited about the technology. It’s easy for team members. It’s easy for customers.”

While New York is the city that never sleeps, this location will sleep for now. Grams said the restaurant will close every day, at least for now. “We feel we need a couple of hours at the end of the day to reset the restaurant,” Grams said. “We could go there if we feel the need is there.” 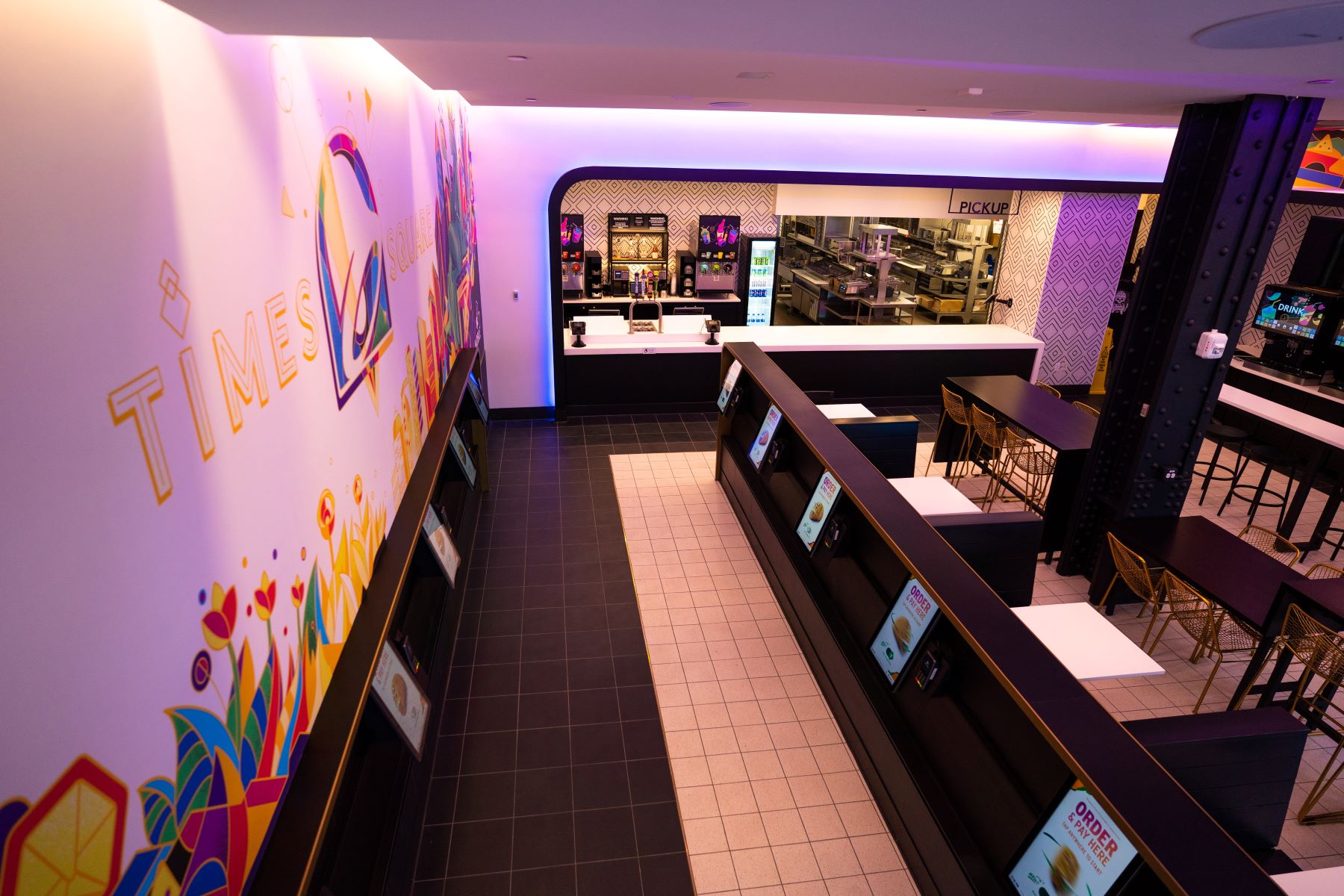