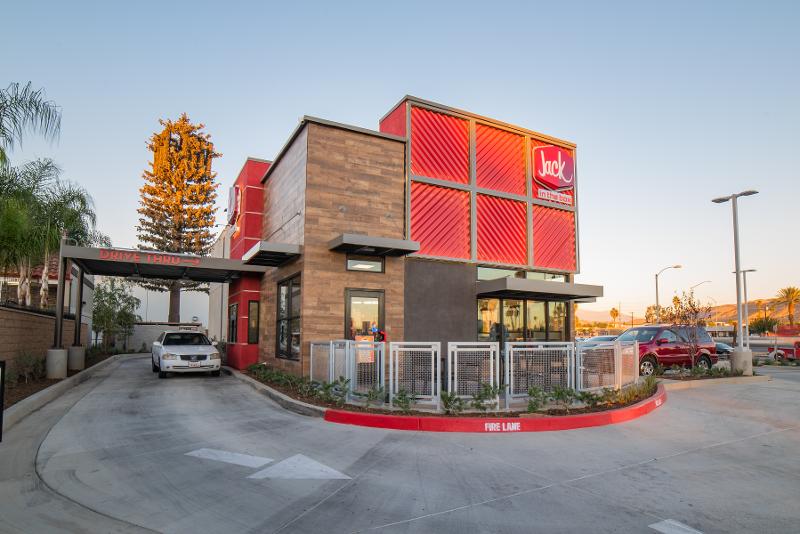 Jack in the Box sold the vast majority of its company stores to franchisees, sold Qdoba Mexican Eats, cut corporate overhead and then improved sales and transactions. Now the San Diego-based chain is hoping all of that will result in new-unit growth.

The company said this week that it would focus more on adding locations, likely in the form of incentives designed to encourage operators to build.

“We think there’s a lot more we can do,” CEO Lenny Comma said on the company’s fiscal fourth quarter earnings call Thursday, according to a transcript on financial services site Sentieo. “The teams are focused on how they can accelerate growth into the future.”

Jack in the Box hasn’t had appreciable unit count growth in years. A decade ago, the chain had 2,212 locations. In its most recent fiscal year, the company operated 2,243 restaurants, down from a peak of 2,255 three years ago.

The chain has instead focused on selling restaurants to franchisees. Jack in the Box once operated most of its restaurants. After well over a decade of refranchising, the chain now operates just 6% of its locations.

To be sure, same-store sales growth has kept the company growing. U.S. system sales rose 11% between 2013 and 2018, according to data from Restaurant Business sister company Technomic. That growth is similar to chains such as Sonic Drive-In (14%) and Wendy’s (11%).

Yet the next largest burger chain, Whataburger, has grown by 52% over that period, and is armed with new ownership likely intent on growing the business beyond its Texas home.

Jack in the Box also sold Qdoba, a chain it once counted on for growth. That will put more pressure on the company to add units. That’s particularly true given that the company has relatively few financial levers left to pull: It also refinanced its debt and cut corporate overhead.

Comma believes that operators will be able to focus on building new locations now that they’re no longer spending their money on buying corporate restaurants.

“It is the natural sort of evolution when you have gone through a lot of structural changes, and also had a lot of franchisees investing capital to buy existing units,” he said. “But now that effort is completed, some of that capital will go toward new units.”

The challenge for Jack in the Box, however, is the financial health of those operators. Labor costs have skyrocketed in recent years, particularly in California, where more than a third of the system’s restaurants are located.

What’s more, the availability of labor is a mounting issue. In Texas, Jack’s second-largest market, the unemployment rate is a paltry 3.4%, making the simple act of finding workers an immense problem.

The labor cost issue was accentuated in Jack in the Box’s company-operated margins, which declined by 190 basis points based on increases in both labor and commodity costs.

The operators that run 94% of Jack in the Box’s restaurants have also been at war with the brand for the past two years. Notably, they passed a vote of no confidence in Comma’s leadership in 2018 and then sued the brand.

Operators have repeatedly stressed their concern for the health of franchisees. “A lot of guys are struggling financially,” Michael Norwich, chairman of the National Jack in the Box Franchisee Association, said earlier this year.

That makes same-store sales vital. If restaurants are generating more sales, their operators will be more profitable and more likely to spend the money to build new units.

The chain has generated some sales momentum in recent months. Its 3% same-store sales growth last quarter was Jack in the Box’s best since 2015.

And company-operated units, at least, managed to generate 0.7% transaction growth, which is something of a rarity these days in the restaurant business.

Comma said the company meets with operators once a quarter and is having a roadshow with franchisees in a couple of weeks. He said the company is focused in particular on improving operator margins given labor costs.

He said that Jack in the Box is working with franchisees in particular on the labor piece, especially as the company runs more promotions designed to encourage more traffic. Jack in the Box is focused on the “penny profit” from its promotions and is looking for ways to reduce labor in the back of house.

“We’re going to engage the operators even more here in the next couple of weeks, make sure we’re hearing from them,” Comma said. “But I think we’re aligned in what needs to get done, and there’s a sense of urgency around doing that.”