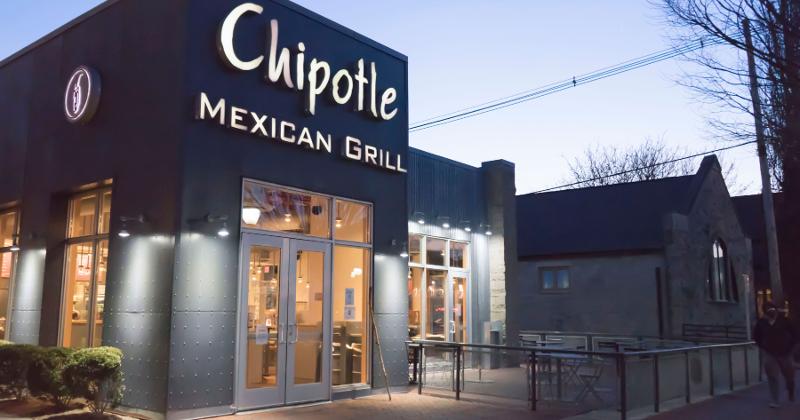 Resistance to price increases has been "minimal," the company said. / Photograph: Shutterstock.

Lower income consumers are cutting back on their visits to Chipotle Mexican Grill amid inflationary pressures, but most of the fast-casual chain’s customers are higher-income and those diners are eating more bowls and burritos.

That resulted in a strong third quarter for the Newport Beach, Calif.-based chain, which reported same-store sales up 7.6%, though transactions were down roughly 1%.

Restaurant level operating margins expanded to more than 25%, a 180 basis point increase from a year ago, which the company attributed to the benefit of sales leverage, and lower costs tied to a lower volume of delivery transactions.

In-store sales grew to 22.1% during the quarter, while digital sales slowed somewhat to 37.2%, compared with 39% in the second quarter this year.

Diners continued to return to pre-pandemic habits, including buying more individual meals, rather than buying as a family or group. That means the chain is selling fewer burritos per transaction, but the trend was good for traffic.

Chipotle raised its menu prices in August to about 13% higher than a year ago. And prices increased again in October another 2% to 3% at roughly 700 locations in pockets around the country where labor costs are higher and wages have increased beyond the $15 per hour average.

Brian Niccol, Chipotle’s CEO, said there has been little resistance to those price increases, other than a decline in frequency among those with incomes below $75,000. Customers have not been skipping the guac or switching to lower-cost proteins, for example.

Relative to competitors, Chipotle’s menu prices remain 10% to 30% lower, he said, touting offerings like the chicken burrito bowl for less than $9, which he described as “a tremendous value” when you consider the quality of food, fresh preparation, generous portions, convenience and speed.

Still, the company is evaluating what can be done to narrow the gap between lower-income and higher-income guests, focusing on leveraging the Rewards program and using the rich database to “smartly communicate” with customers to bring them back, Niccol said.

Chipotle is also continuing to work on improving throughput, an issue that has been a focus over the past year or so.

“We’ve made some progress during the quarter, but we are not where we need to be,” said Niccol.

During the third quarter, Chipotle rolled out an updated training program called Project Square One to help bring teams up to standards.

Earlier this year, the company rolled out a new Kronos scheduling tool designed to put the right worker in the right place at the right time to improve throughput during peak hours.

Keeping workers on their game is particularly important considering the chain’s plan to more than double in unit count throughout the U.S. and Canada.

Chipotle opened 43 new restaurants during the third quarter—including 38 with a Chipotlane drive-thru, which continue to outperform traditional locations. The company ended the quarter with a total of 3,090 units.

But the company remains challenged in its growth by equipment and material shortages, construction labor issues and permitting, utilities and inspection delays, though those headwinds are expected to ease in 2023.

For the fourth quarter, Chipotle is projecting same-store sales in the mid- to high-single digit range, though results will be choppy as the popular Garlic Guajillo Steak is in restaurants through the end of the year. Last year, Chipotle’s limited-time brisket was so popular, it ran out mid November, so comparisons will be uneven.