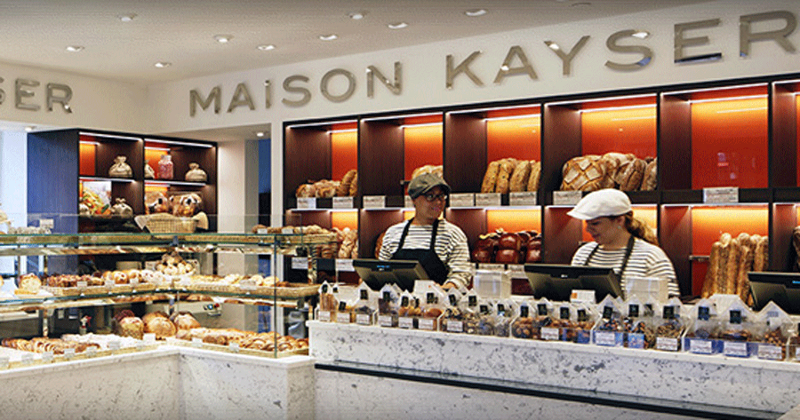 The parent company of the U.S. operations of Maison Kayser declared bankruptcy this week and has an agreement to sell itself to Melt Shop owner Aurify Brands.

Cosmoledo LLC, which operates the bakery chain’s 16 units, all in New York City, has about $73 million in secured debt, in addition to a $6.7 million Paycheck Protection Program loan received in April. Much of that secured debt was sold to a subsidiary of Aurify on Thursday, according to bankruptcy court documents.

Aurify has agreed to pay $3 million for the chain as the “stalking horse bidder” in addition to what it paid to acquire the debt. Any bidder would have to assume the debt and outbid Aurify for the chain. Maison Kayser has not reopened its 16 locations, according to a bankruptcy filing.

The bankruptcy is only the latest in a string of filings by restaurant chains since the outset of the pandemic. One sector hit particularly hard has been the bakery-café segment in urban markets. Aurify, in fact, acquired one such concept in June when it bought Le Pain Quotidien, also for $3 million out of bankruptcy.

Maison Kaiser was founded in Paris in 1996 and has 150 locations in 22 countries. Cosmoledo was formed in 2010, and the first U.S. location of Maison Kayser opened in New York City two years later.

The company’s original plan was to spread locations throughout the U.S., according to a bankruptcy court document. Maison Kayser had expanded beyond New York to Washington D.C., but by early next 2019, Cosmoledo CEO Jose Alcalay said in a filing, “it became clear that the operational overhead and performance of the ‘out-of-town’ stores were too great a drag on the company’s overall profitability.”

The company instead restructured and recapitalized the business, a strategy put in place in the first quarter of this year, just as the global COVID pandemic led to the shutdown of restaurants in New York.

“The company determined that there was too great a risk that future operations would fail to generate sufficient capital to repay its obligations in the ordinary course of business and continue profitable operations,” Alcalay said in the filing.

For Aurify, the deal would give the multi-brand operator yet another concept. Aurify is a franchisee of Five Guys but also operates The Little Beet and Fields Good Chicken, in addition to Le Pain Quotidien.