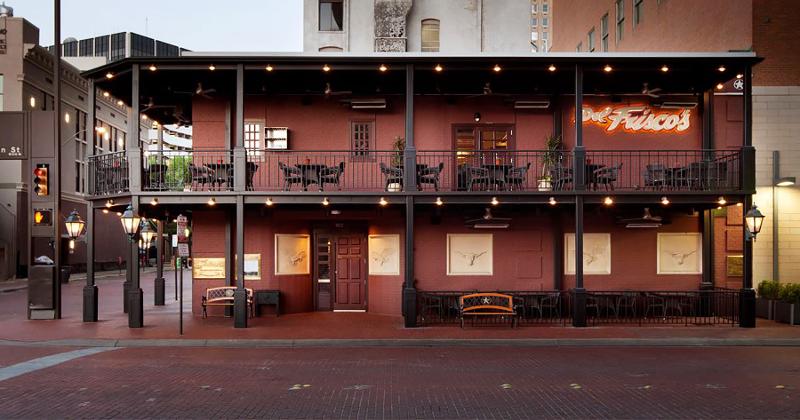 In 2010, when the economy was still in a tepid recovery from a brutal recession, financing was difficult to come by and buyers were nowhere to be found, Tilman Fertitta was in his element. The owner of Landry’s went on a shopping spree, buying up chains such as Claim Jumper, The Oceanaire, Bubba Gump Shrimp Co., McCormick & Schmick’s and Mortons, among other things.

The buying spree helped vault Fertitta into the Billionaires Club, cementing his status as one of the industry’s shrewdest, and most feared, buyers.

He then took something of a break, at least for him, mostly avoiding restaurant acquisitions. That has changed over the past two years, and more recently, Fertitta has been in his element. To wit:

He bought Restaurants Unlimited out of bankruptcy and then turned around and sold some of his newly bought concepts.

He has a $40 million bid to buy Houlihan’s out of bankruptcy.

Fertitta does not pay more than a brand is worth, one investment banker noted to me last week. And the current environment is right up his alley.

Older casual-dining chains, the ones that Fertitta likes to buy, have relatively few buyers. That has lowered their prices and enabled people like Fertitta to come in and snap them up at favorable valuations.

He bought Restaurants Unlimited for a $37 million price that was slightly under the amount of secured debt on the business. The bankruptcy allowed the company to get rid of unprofitable locations, providing a key strategy for improving profitability. There were no other bidders for the company.

Similarly, his $40 million bid for Houlihan’s is for less than the amount of debt on the company’s books. The brand is closing unprofitable locations, and he’ll be able to collect the chain’s cash for as long as he can.

Casual-dining chains have been underperforming the restaurant industry for some time, as consumers shift dining to more takeout options or focus on dining at independent restaurants. That has increased the sector’s riskiness and led many buyers to shy away from that market. Many casual-dining chains, including Restaurants Unlimited, were on the market long before they filed for credit protection to spur the process.

The Del Frisco’s acquisition was a bit different. The company’s executives were so worried about Fertitta making a run that they engineered the purchase of Barteca Restaurant Group, taking on too much debt in the process.

That, plus the steak chains’ underperformance, ultimately led activists to push for a sale. Plenty of buyers were interested in that one, but only one company was willing to buy the whole thing: L Catterton.

The private-equity group simply kept what it wanted—Bartaco and Barcelona Wine Bar—and sold the steak chains to Fertitta.

Some of the chains Landry’s has acquired over the years have struggled, none more so than McCormick. The chain's system sales have declined by $100 million, or more than a third, over the past five years. That includes a 13.6% decline last year, according to data from Restaurant Business sister company Technomic.

Still, with so many casual-dining brands struggling and few buyers willing to take on such projects, this is a market made for Tilman Fertitta. And he’s shopping.