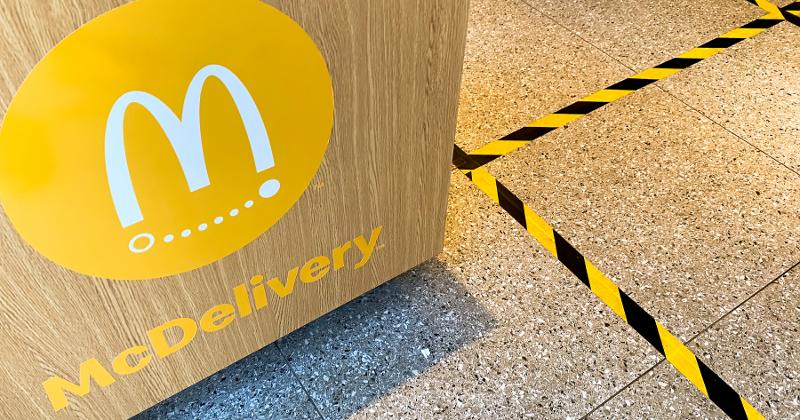 Saying that demand for delivery continues to grow and add sales to its restaurants, McDonald’s on Monday announced a pair of deals with two of its largest providers, DoorDash and Uber Eats.

The contracts will also enable McDonald’s to integrate delivery into its mobile app through the providers’ “white label” services.

The agreements come just two weeks after executives said they were renegotiating the chain's deals with providers and suggested that they would be seeking better terms.

“What we’re trying to do with these conversations is leverage the fact that we are the largest restaurant company in the world, that we have an ability to drive traffic onto their apps that we think is second to none,” CEO Chris Kempczinski told analysts in October. “And that should be reflected in the rates that we’re paying.”

Yet the new deals also highlight the growing importance third-party delivery is playing for the burger giant.

McDonald’s jumped head-first into the business in 2017 with an exclusive deal with Uber Eats. At the time, only 3,000 of the chain’s global restaurants offered the service, mostly in Asian and European countries where delivery was more established.

Deals with various third-party companies have quickly grown that number to 32,000 of the chain’s more than 39,000 restaurants.

Thanks in large part to delivery, digital sales have totaled $13 billion in total sales year-to-date in the company’s six largest markets, accounting for 20% of the company’s business.

In the U.S., the company says that third-party delivery yields incremental sales. McDonald’s believes it has a major advantage over almost every one of its competitors because its restaurants are relatively close to most Americans—so they can get their food relatively quickly.

While that business took off during the pandemic, executives have said it has not pulled back as markets have reopened. “We’re continuing to see, even as markets reopen and things start to get back to normal, delivery remains elevated,” Kempczinski said.

Exactly what kind of terms McDonald’s has earned from Uber Eats and DoorDash is uncertain, but the company has renegotiated its delivery deals multiple times in a bid to ensure operators can profit from such orders.

Generally, restaurants pay a percentage of the order to the provider as a delivery fee. Those fees have come down over the years, especially for larger chains. McDonald’s had previously paid fees as high as 15%.

Uber is the largest global delivery provider outside of China and will deliver orders made on the McDonald’s app through Uber Direct, its white-label offering. Uber provides delivery for McDonald’s restaurants in six continents, the company said.

DoorDash, meanwhile, provides delivery for more than 13,000 McDonald’s restaurants in the U.S., Canada and Australia. It will provide white-label delivery on the chain’s mobile app through DoorDash Drive.