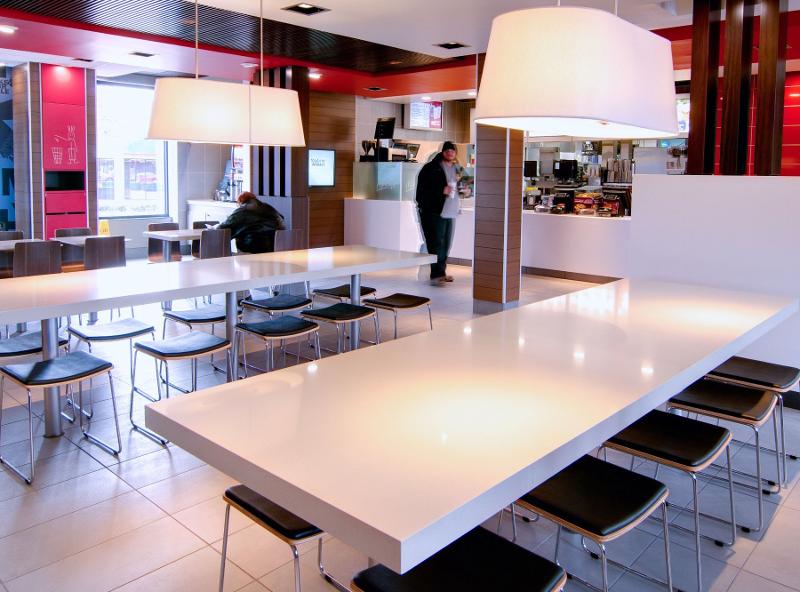 Chris Kempczinski, the CEO of McDonald’s, is confident that dine-in business will remain an important part of the future of his company’s restaurants.

It’s just going to take a while.

Takeout, including drive-thru use, delivery and digital orders, had been strong at the burger giant and other fast-food chains in the pre-pandemic world. When that pandemic hit they became the only thing. And in quick-service restaurants, takeout has remained strong even as dining rooms have reopened and people have grown more comfortable eating in them.

While consumers appear to be eating inside casual dining restaurants with greater frequency, they appear to be staying away from dining rooms at fast-food restaurants, opting to continue using their drive-thrus.

More restaurants as a result have been introducing designs that devote more real estate to takeout efforts like curbside, delivery, pickup and drive-thrus—two or more drive-thru lanes appear to be the industry’s future, for instance. And more brands are testing out locations without dining room seats at all.

At McDonald’s, about 70% of its business before the pandemic came through the drive-thru and even those who got their food inside often took it with them.

The company has been slow to reopen its dining rooms in recent months even as states have allowed it. And over the past year the company has worked to make its locations more amenable to the takeout customer.

The burger giant cut much of its menu, including All-Day Breakfast, and has invested in technology to make the process easier. It was also an early adopter of third-party delivery. McDonald’s deal with Uber Eats in 2017, for instance, helped put that service into overdrive.

But the company and its franchisees are also nearing completion of a years-long, $6 billion effort to remodel its restaurants, which it calls “Experience of the Future.” That experience is largely focused on the inside, featuring kiosks and new designs.

On Wednesday, Kempczinski said that digital, delivery and drive-thru “are going to be elevated for a sustained period of time, not just in the U.S., but around the world.”

But, he said, “we know and we’re certainly expecting that dine-in is also going to be an important part of the McDonald’s experience.”