Add this to the list of pandemic casualties: The Walmart McDonald’s restaurant.

The Chicago-based burger giant on Tuesday said that it plans to accelerate planned unit closures this year, shuttering lower-volume restaurants inside of the retail giant along with other restaurants that had been planned for replacement.

That will result in the closure of 200 locations in the U.S., executives said, with more than half of those being inside of Walmart centers. 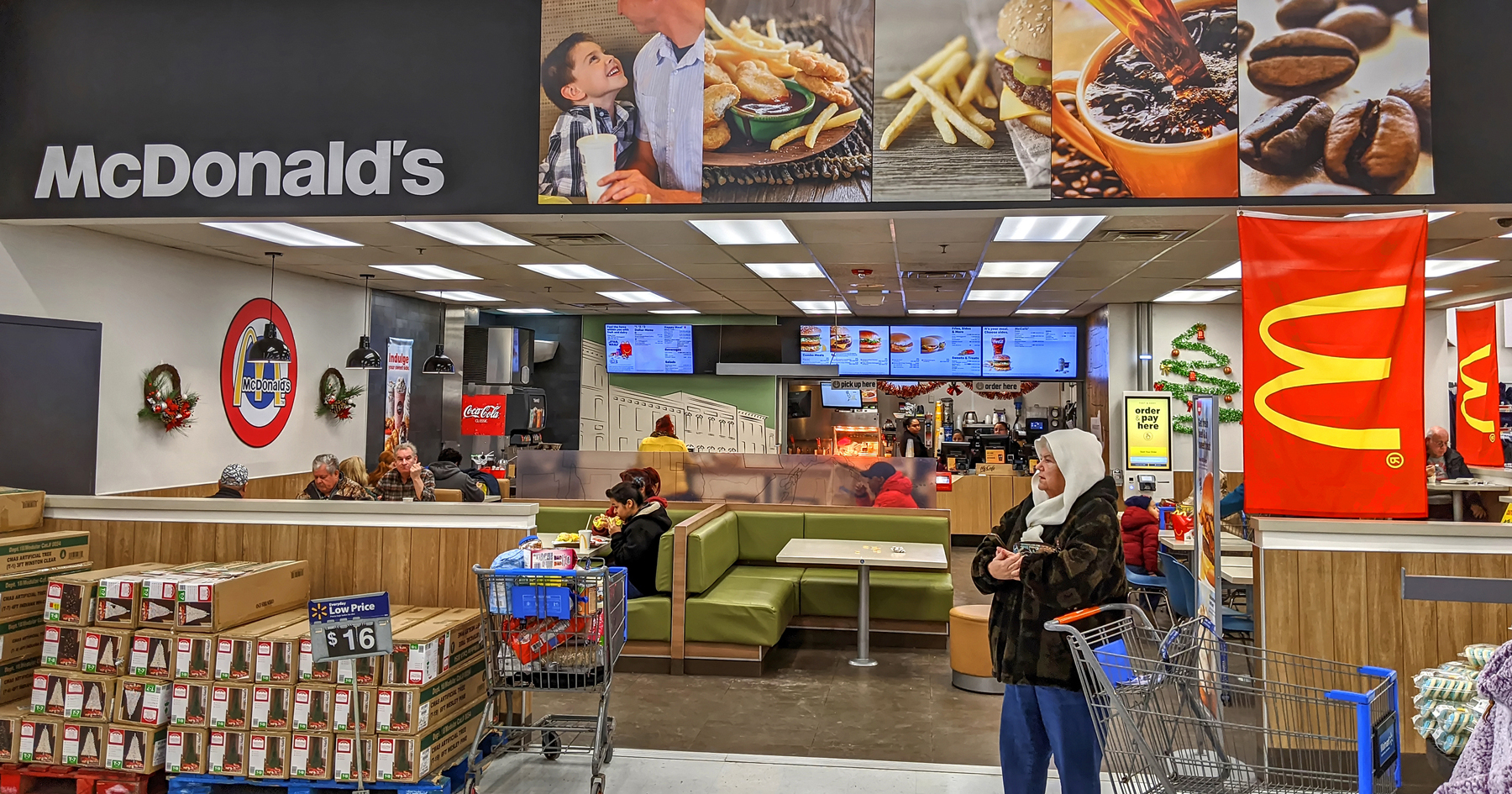 “The U.S. is accelerating some restaurant closures previously planned for future years,” CFO Kevin Ozan said on McDonald’s second-quarter earnings call. “Of the 200 U.S. closures for this year, over half are low-volume restaurants in Walmart store locations.”

In closing the Walmart locations, McDonald’s is continuing what has become a years-long pullback in unit count.

After nearly perpetual growth dating back well over 40 years, the company’s U.S. unit count began falling after peaking at 14,350 locations in 2014 as executives sought to reverse declines in customer count and same-store sales.

In the years since, the company has shed at least a small number of units every year and has ultimately shrunk its restaurant count by 3.6%. The company currently operates 13,835 restaurants, according to the company’s second-quarter earnings release.

Many of those closures have been restaurants inside of Walmart locations. The company added hundreds of locations inside the retail giant's big box locations in the 1990s.

It has been shedding its Walmart locations in recent years as it has shifted away from restaurants inside malls or other retail areas, favoring locations that have drive-thru windows.

Those drive-thrus have become a savior during the pandemic, when customers flocked to the windows. Nearly 95% of the company’s U.S. locations now feature a drive-thru, and those stores have performed better systemwide than stores without drive-thrus—even when dining rooms reopen.

In shedding locations, McDonald’s has been able to bolster average unit volumes and the profitability of franchisees that operate the vast majority of domestic restaurants. Those volumes reached $2.9 million last year, according to data from Restaurant Business sister company Technomic.

Still, the company isn’t as prevalent as it once was. McDonald’s pullback in recent years has enabled the fast-growing Starbucks to become the second largest restaurant chain based on units—the coffee giant now operates more than 15,000 domestic locations.

That said, McDonald’s also revealed Tuesday that it is taking some steps to help its most troubled franchisees.

Ozan on the earnings call said the company is “assessing the financial health of specific at-risk franchisees and developmental licensee organizations.”