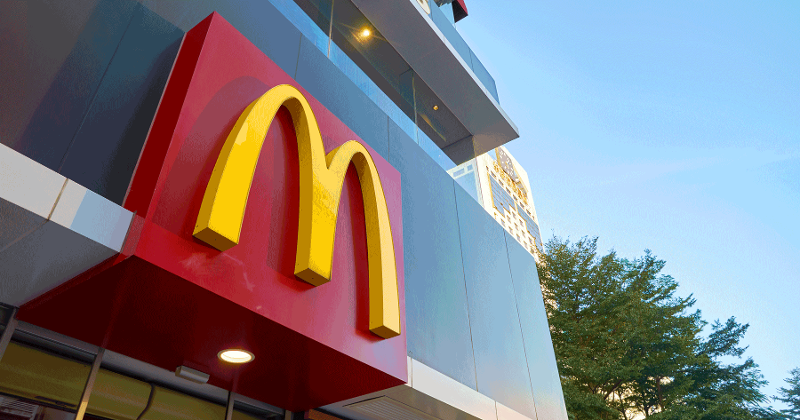 McDonald’s is facing yet another lawsuit claiming the company discriminates against its Black operators, this time from a pair of brothers who once operated 14 units in the Nashville area.

The lawsuit was filed by James and Darrell Byrd, brothers who operate a combined four units right now. At one point, however, James operated 10, and Darrell operated four. Both of them count their history with the chain in decades.

The lawsuit, filed by the same law firm that has filed a lawsuit on behalf of more than 50 former franchisees, is seeking class-action status on behalf of some 186 current Black owner-operators within the McDonald’s system.

The Byrds argue that the cash flow disparity in the Nashville area between White and Black McDonald’s franchisees is the highest in the nation.

“Although the Byrds risk retaliation (and potentially any chance at saving their only remaining restaurants) in bringing forth this action, they cannot allow other Black McDonald’s franchisees to be misled and injured by the same pipeline of discrimination that has plagued Black franchisees for decades,” the lawsuit says.

In a statement, McDonald’s suggested that the Byrds’ stores had been mismanaged and that it would defend against the lawsuit.

“We take the allegations in this case very seriously, and we are reviewing the complaint,” McDonald’s USA said in the statement. “McDonald’s has an obvious interest in franchisees maintaining successful and profitable restaurants, which is why McDonald’s supports all franchisees, including those facing economic hardships. With respect to the named plaintiffs in this complaint, Jim and Darrell Byrd, McDonald’s has invested significantly in each of their respective businesses after they ran into business difficulties caused by mismanagement of their organizations.

“We will defend against this lawsuit while we move forward with our priorities to foster equitable opportunity for franchisees, suppliers and employees.”

McDonald’s recently asked a court to dismiss the other franchisee lawsuit, calling the allegations “illogical” because “it suggests the company somehow has an interest in undermining its franchisees and seeing them fail.”

Still, the lawsuit is part of a growing number of legal actions filed on behalf of Black franchisees and employees. They argue, essentially, that the company has gone backwards on racial equality since the departure of CEO Don Thompson in 2015. Thompson was the first and only Black CEO in company history.

Larry Tripplett, CEO of the National Black McDonald’s Owners Association, wrote in a letter last year that “the treatment of African American owners is moving backwards.” Since 1998, the number of Black franchisees in the McDonald’s system has been cut in half, to less than 200 from 400.

“Through no fault of our own we lag behind the general market in all measures,” Tripplett wrote. “This is reflected in the loss of sales to African-American consumers. We believe that the loss of sales is closely correlated to how African Americans are treated within the company.”

The lawsuit argues that McDonald’s growth strategy “has been predatory in nature,” targeting Black consumers by steering Black franchisees to Black neighborhoods with higher costs for security, insurance and turnover. The lawsuit says that White franchisees refuse to operate restaurants in these neighborhoods.

By placing Black operators in these neighborhoods, the company is able to buy low-cost real estate and generate sales to Black customers. But the company’s Black franchisees “are solely responsible for all related occupancy costs, as well as renovations and/or rebuilds, despite these locations historically underperforming.”

The lawsuit then says that McDonald’s “holds all the power” when it wants Black franchisees out of the system.

“McDonald’s primary weapon is fear,” the lawsuit says. “Fear of termination, fear of being denied expansion, fear of having McDonald’s open a restaurant across the street or down the block, and fear of non-renewal.”

James Byrd operated 10 at the peak of his career, and claims McDonald’s restricted his opportunities to economically depressed neighborhoods with stores that failed to meet projections. He argues that Fred Tillmann, a White operator in the same region, was given opportunities in 20 profitable locations.

James Byrd also says McDonald’s increased rent since 2015, and that his voice in the McDonald’s co-op has diminished as Tillmann came to dominate the region with some 70 locations.

Darrell Byrd similarly argued that McDonald’s steered him into weaker restaurants, and that he was deemed last year as “ineligible for growth” because his financial score did not meet company standards. He also argues that the company denied him several requests for rent reduction. White franchisees, however, “were given overrides” on such standards.

McDonald’s, however, argued that in the Byrds’ case, the company “provided significant financial support” when they fell behind on rent and payments to suppliers and tax authorities.

The company also said they offered to buy the Byrds’ restaurants before they filed the lawsuit. They also argue that the Byrds had successful restaurants “until mismanagement of their organization diverted that success.”