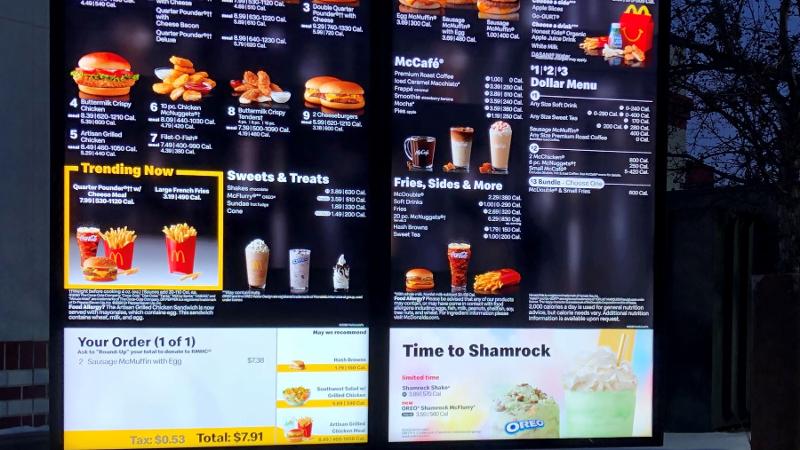 McDonald’s scored a major victory on Monday when a leading proxy advisory firm endorsed its director candidates for the company’s upcoming board election, saying that investor Carol Icahn did not make a sufficient case that they should be replaced over the chain’s sourcing of pork from producers that use gestation crates.

Institutional Shareholder Services (ISS) also cited Icahn’s low ownership of McDonald’s stock—he only holds about 200 shares—noting that Icahn would be “economically divorced from the potential impact of its proposals on the company’s financial support.”

“On balance, the dissident campaign has not made a sufficient case, on an issue-specific or broader view of (environmental, social and governance, or ESG), that the immediate replacement of incumbent directors is necessary at this time,” ISS said, according to information shared by McDonald’s.

Icahn, known mostly for buying up shares of companies and then pushing for major changes that drive “shareholder value,” is taking on McDonald’s with a relatively small investment over an apparent decade-old promise by the company to stop supplying pork from producers that house pregnant pigs in gestation crates.

Icahn, with backing from the Humane Society of the U.S., argues that McDonald’s hasn’t fulfilled its promise. The Humane Society has gone so far as to request that the SEC investigate the burger giant’s statements on the topic over truthfulness. Icahn is taking the topic to shareholders, nominating Leslie Samuelrich, president of the social investing firm Green Century Capital Management, and Bon Appetit Management Chief Strategy Officer Maisie Ganzler to the board.

McDonald’s, for its part, has defended its record on gestation crates and argued that Icahn wants to replace “valuable directors” with “single-platform nominees.”

ISS has backed its view, noting that prevailing scientific evidence, along with the realities of commercial-scale agriculture” suggests McDonald’s view is reasonable.

The firm also endorsed the board’s overall performance, noting that it has “overseen strong performance since the pandemic” despite issues with Ukraine, which has had a material impact on the company.