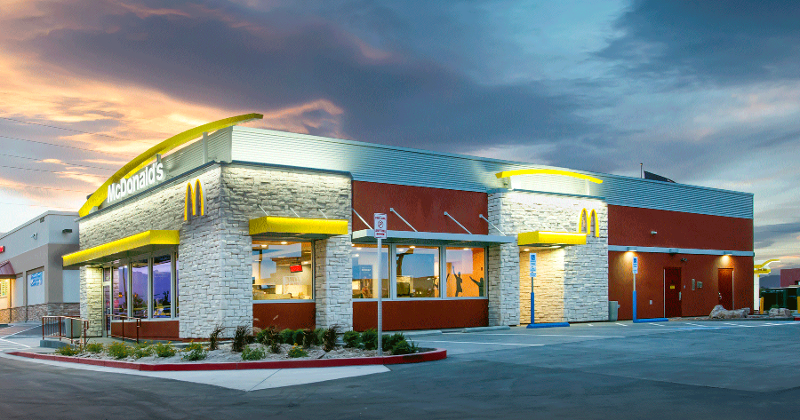 Joe Erlinger, president of McDonald’s USA, urged the company’s franchisees to end their six-week communication “pause” and start talking with the company again as a weeks-long dispute between the two sides shows little sign of ending.

In a message to operators on Thursday, and seen by Restaurant Business, Erlinger took issue with what he said was a growing number of issues franchisees want to work through and said operators’ decision to end non-essential communication with the franchisor “is not in the system’s best interest.”

“Suggesting the pause continues until they’re resolved is not in the system’s best interest,” Erlinger said. “In my almost 20 years at McDonald’s, a pause in working together has never been the solution.”

The video did not go over well with franchisees who spoke with Restaurant Business. One operator called it “weak.” “At this point, they can’t get out of their own way,” the franchisee said. When we asked another if they’d seen the video, the operator responded simply, “unfortunately.” Reactions from other owners were similar.

A source familiar with the matter, however, pointed out that several other franchisees emailed more positive comments to Erlinger both on Thursday and Friday morning.

The video and the reaction suggest that relations between the Chicago-based burger giant and many of the franchisees that operate its nearly 14,000 U.S. locations are still at a low point, seven weeks since the company sent an email informing franchisees of three new fees or subsidy cuts for 2021. The relations have soured despite strong sales at the fast-food chain.

In the video, Erlinger said McDonald’s ended 2020 strong and with a “widening comp sales gap” with its competitors while its momentum has grown since August.

The dispute runs counter to that momentum—strong sales and profits typically yield better relations, after all.

Many franchisees were angered after a December email from the company telling them they would be paying two new fees—one for costs associated with McDonald’s Archways to Opportunity tuition program and another a one-year payment on a debt for franchisees’ use of technology—a debt estimated to total $70 million and would be repaid over the course of the year.

In addition, the company said it would end a decades-old subsidy that helps franchisees keep down the prices of Happy Meals, with McDonald’s vowing to use those funds to invest in employees. All told, the fees and subsidy cuts were estimated to cost owners $170 million this year.

McDonald’s later promised to improve communication, and on Thursday Erlinger repeated that promise. “The way the December announcements occurred, which I know were not popular decisions, could have been handled differently,” he said.

In pushing back against the trio of charges, operators promised to end non-essential communication with the franchisor and said they would revisit value offers, citing changing economics. The two sides established working groups to discuss the different issues, and Erlinger in his video suggested the sides were making progress.

But he also complained that franchisees wanted to address two other issues. Sources said those issues had to do with franchisees’ delivery economics—owners want to see breaks for delivery orders extended and also want to lower rent for low-volume stores so the chain’s restaurants can be profitable in weaker trade areas.

While Erlinger said the company would discuss those issues, he took issue that they were included in the owners’ communication strike. “In early January three issues grew to five with self-imposed deadlines,” he said. “We are absolutely committed to engaging around these issues. But these take time to work through and they were not part of the pause.”

On the specific issues that led to the dispute, Erlinger said the company was committed to finding “bold ideas” to reinvest funds used for the Happy Meal subsidy onto franchisees’ workers. He also said that McDonald’s would provide “a minimum three-year commitment to cofounding Archways.”

At the same time, Erlinger said the company needed to get the issues resolved. “We need to move faster,” he said, citing “concern from operators waiting for a plan and the impact on their people. The sooner we have a plan the sooner we can provide clarity.”

He also insisted that franchisees did owe the company the debt on technology fees as McDonald’s moved from a six-month payment schedule to monthly payments. “We would never put our integrity and credibility on the line if we were not absolutely confident the company was owed money.”

In the end, Erlinger said the two sides needed to put aside their differences to stay ahead of McDonald’s competitors.

“Competitive activity is increasing, and there are a host of risks to our customer-focused orientation, risks that put our plan in jeopardy,” he said. “We have a business to run together. Let’s put aside our differences and get after it.”