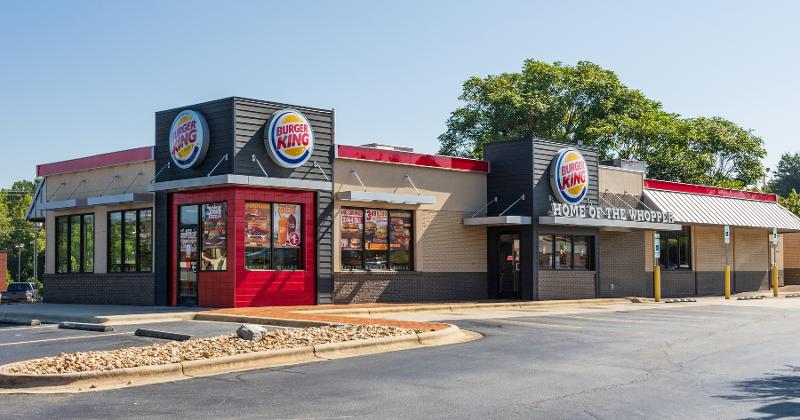 Burger King removed some items from its menu in December, including sundaes and a small cup for kids’ beverages.

Not a lot of people noticed. The chain’s sales, which rose 1.8% in the quarter ended Dec. 31, showed no difference and there was little talk of it on social media.

Franchisees were a different story. “Operators celebrated like it was homecoming,” Tom Curtis, who last year was named president of Burger King’s North America operations, said in an interview.

It won’t be the last cut from the menu. Curtis said the company is planning a second “wave” of menu cuts in the future, one that will likely be bigger. Burger King has a “more aggressive test” of menu reductions that will guide the company’s ultimate menu change.

The idea is to improve service by simplifying operations, which ultimately improves sales. While it can seem counterintuitive that getting rid of menu items would generate more revenues, it is a tried-and-true industry revitalization strategy—albeit one that takes time.

“In the end, it all has to be centered on making the experience better for the guest,” Jose Cil, CEO of Burger King parent company Restaurant Brands International, said in an interview. “That’s the most definitive way to ensure repeat business.”

Burger King’s domestic performance has fallen behind its top competitors in recent years, McDonald’s and Wendy’s. The latter chain leapfrogged Burger King in 2020 to become the country’s second-largest burger concept.

Company executives on Tuesday said there are some signs the brand is turning around. The fourth-quarter same-store sales performance was an improvement from the 1.6% decline in the third quarter, executives said, and represented a narrower gap to the competition than had previously been in place.

Curtis was brought in last year from Domino’s to help overhaul operations and was quickly named to the president’s post. There’s a simple reason for that focus. Better-operated restaurants perform better. Curtis on Tuesday told analysts that the top quartile of restaurants, when measured against a number of operational metrics, outperformed those in the bottom quartile by 400 basis points.

Burger King’s efforts included increasing the number of field staff that work with franchisees by 50% since early last year. It has also built an analytics team to bring “additional rigor to all areas of business.”

They also include streamlining product builds across the menu. “Whenever we say the word ‘simplification,’ most people think about cutting items from the menu,” Curtis said. “But there’s a lot of low-hanging fruit around process and promotion.

“For example, we have multiple hamburgers. And we have six ways of putting cheese on hamburgers. Put it on first, last, top, bottom, three slices, two slices. We condensed that. It involves less muscle memory.”

The menu focus this year will be on the Whopper. Curtis mentioned brand extensions for the product, something the chain has done in the past, and which is common right now in international markets. “The Whopper is a multi-billion-dollar brand and we need to treat it as such,” Curtis said.

Burger King isn’t ignoring chicken, though the chain’s new chicken sandwich last year proved to be a disappointment from a sales standpoint. Curtis suggested a menu that “celebrates our original chicken sandwich, and offers a fun new approach to our unique fan favorite Chicken Fries.”

One option could be helping franchisees finance the remodels, something it’s done in the past. “All options are on the table,” Curtis said. “We have in place a new leadership team for development. We talk about a different idea every couple of days.”