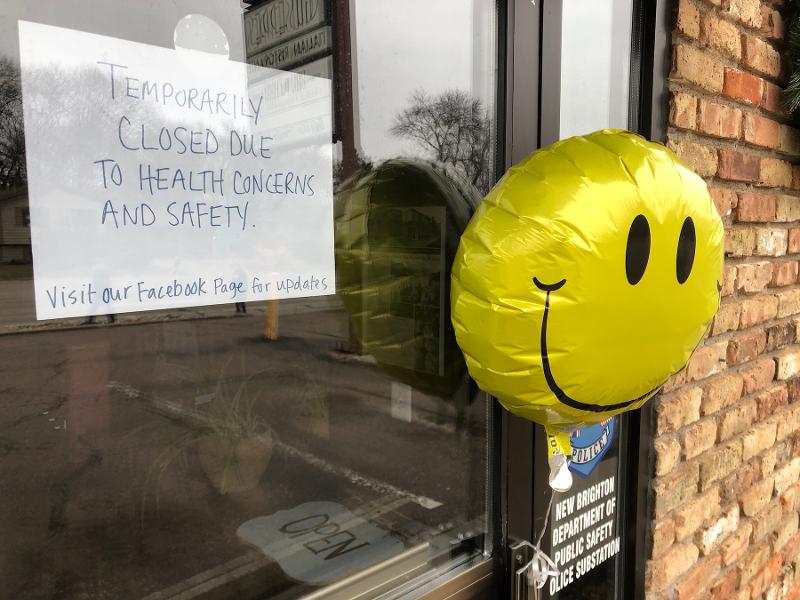 Last week, The Cheesecake Factory notified its landlords that it planned to not pay April rent as it closed restaurants or generated a fraction of typical revenue as sales shifted to all takeout and delivery.

The only thing unusual about that was the letter. Around the country, hundreds of operators and chains are doing the same thing: contacting their landlord about April rent, which typically comes due this week.

Not all landlords are willing to give up their rent.

Mall owner Taubman Co. sent a letter to tenants last week, noting that it had received “numerous inquiries” from tenants regarding rent and other charges, according to a letter from the company obtained by Restaurant Business.

The company said its “obligation to pay its lenders, utility companies, insurance companies and the like, to ensure the safety and security of the building and maintain the appropriate level of operations, remains.” The company said that “all tenants are expected to meet their lease obligations” and suggested that companies look to their business interruption insurance policies.

The dual letters highlight the uncertainty surrounding a big bill that’s coming due for many operators.

Restaurants are facing months with little or no sales and many have no idea when they will come back. That rent can be difficult, if not impossible, to pay. But landlords, too, could face months with a substantial decrease in revenue as retailers and restaurants hold back on rent.

Most landlords appear at least willing to listen, though experts stress that operators should have a conversation with their landlord, understanding that they are in the same boat.

“It depends on how it’s being handled,” said Barry Wolfe, senior director with the national retail group at Marcus & Millichap Real Estate Investment Services. “If you just say matter-of-factly that [the landlord] shouldn’t expect a nickel for four to five months, landlords are not taking it well.”

“It’s affecting everybody,” Wolfe added. “It’s our entire country. For a tenant to pretend they’re the only ones impacted is a mistake.”

To be sure, most landlords appear at least willing to listen. Most operators have told us they’ve had a receptive audience from landlords.

“They’ve actually been pretty understanding of the situation by and large,” said Geo Concepcion, CEO of The Greene Turtle, a sports bar chain that found itself with just a fraction of revenue after the coronavirus shutdown. “We sent letters to all landlords when [the government] had mandated a shutdown. The communication line is open, but we had to make it clear to folks that we have close to zero revenue coming in.”

Derek Wolman, who chairs the hospitality and restaurant group at law firm of Davidoff Hutcher & Citron, said operators should consider holding back on rent and working out a deal with their landlord.

He noted that many local governments, such as New York City, have banned eviction proceedings. Wolman also said there is government help coming, including forgivable federal loans that could help operators pay rent as well as payroll for the next couple of months, and $10,000 emergency grants to carry them through the loan process.

“If you’re a restaurant operator, I would not be so quick to pay my rent, because of the uncertainty. And there may be some programs from the government to help,” Wolman said.

The problem for many operators is that it can be difficult to catch up once they fall behind on rent.

Defer rent now, for instance, and operators will have to pay their back rent later on, which could lead to double rent. “Once you get behind, it’s impossible to catch up,” Wolman said.

One suggestion Wolman mentioned is to extend the lease and then spread missed payments through to the end of the lease, so they don’t hit all at once. “There are a million ways to do it,” he said.

Operators should also speak with their lenders, and franchisees should have discussions with their franchisors. Indeed, some franchisors such as McDonald’s that control their operators’ real estate are already providing deferrals, and many franchisors are giving royalty and ad fund breaks in part to demonstrate to landlords that they’re helping their operators.

In short, Wolfe said, landlords want to know that they’re not the only ones helping. “Landlords get it,” he said. “They understand the operator is in a tough situation and is open to discussing and having a dialogue.”

If the landlord isn’t willing to talk, however, that can be a more difficult situation. “Those are the toughest cases,” Wolman said. In those situations, he said, “you evaluate your finances.”

In the meantime, apply for federal assistance, which is based on a restaurant’s employment numbers from before the shutdown. As long as operators keep their employees, they can receive loans for up to 2.5 times payroll that can be forgiven at the end of June, so long as the operator kept its workers on hand. Those funds can be used for rent.

“The programs are extremely generous,” Wolman said. “It delays some of the pain.”