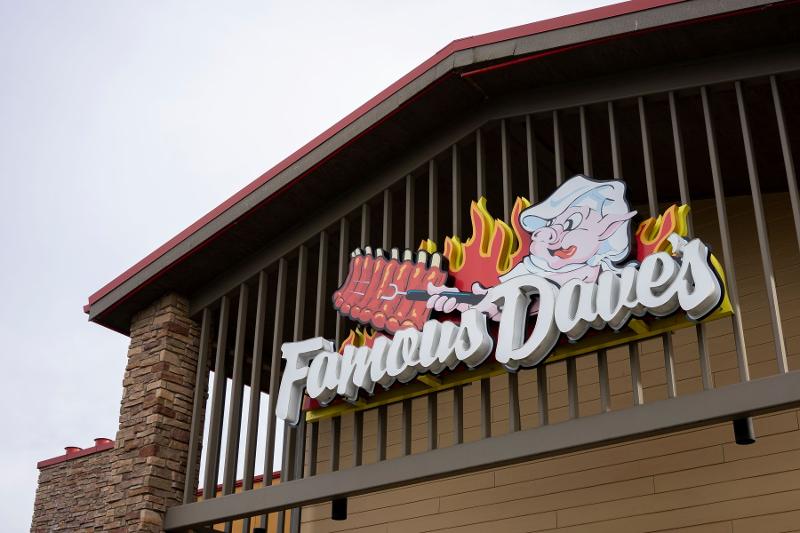 MTY Food Group, the Canadian brand collector and owner of Papa Murphy’s, said on Tuesday that it would acquire BBQ Holdings, the owner of the Famous Dave’s chain, for $17.25 per share.

The deal is valued at $200 million, including BBQ Holdings’ debt.

The acquisition will give MTY several more brands in the U.S., just about all of them full-service chains including Village Inn and Granite City. It also continues MTY’s U.S. expansion. The Montreal-based company has been on a buying binge since its 2016 acquisition of Pinkberry owner Kahala Brands in 2016. MTY acquired Papa Murphy’s in 2019.

MTY operates 6,660 locations in North America, 99% of which are franchised and 3,900 of which are in the U.S. “This transaction represents another key acquisition for MTY as we further scale and enhance our existing U.S. portfolio through the addition of nine unique brands,” Eric Lefebvre, CEO of MTY, said in a statement.

The acquisition gives MTY a slate of casual-dining brands. BBQ has been on a buying binge of its own in recent years, having acquired Granite City, Village Inn, Barrio Queen and Tahoe Joe’s. It now operates nine restaurant brands.

MTY gets 29% of its sales from casual or fast-casual concepts. That will rise to 43% after the BBQ Holdings deal.

Famous Dave’s generated $300 million in system sales last year from 115 locations, according to Restaurant Business sister company Technomic. But it has been shedding units in recent years. Unit count is down by a third over the past five years. Village Inn, which it acquired last year, generated $224 million in system sales from 129 locations last year, according to Technomic. It has closed 40% of its restaurants over the past five years.

But BBQ Holdings under CEO Jeff Crivello has been pushing the brands into new directions. The company recently opened a drive-thru unit of Famous Dave’s, for instance. And it opened a co-branded Granite City-Village Inn location in Minnesota. It acquired Bakers Square in part to get its pies to serve at Famous Dave’s locations.

“Over the past four years we have significantly grown revenue and our restaurant portfolio while building a world-class team of entrepreneurs,” Crivello said in a statement. “With more than 80 brands, MTY brings vast buying power and a team of industry leaders who will provide additional support to our franchise partners.”