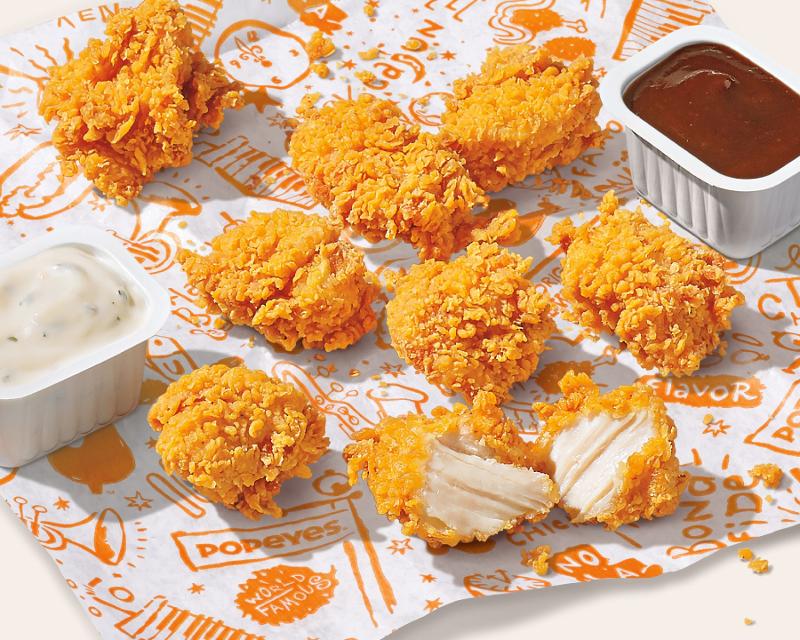 Sales have surged at Popeyes since it debuted its new chicken sandwich nearly two years ago—unit volumes are now about $1.8 million a year, compared with $1.4 million beforehand.

That kind of improvement usually gets operators excited about building, and that’s exactly what’s happening. The Miami-based chain opened 146 new restaurants in the U.S. over the past year and nearly 200 globally despite the pandemic.

The sandwich “has continued to drive interest in development from both new and existing partners in the U.S.,” Jose Cil, CEO of Popeyes parent company Restaurant Brands International, told investors on Friday. He said that net restaurant growth in the U.S. was the chain’s best since 2017.

Those new locations will face some additional competitive pressure. No good idea in the restaurant space can avoid competition for long and Popeyes’ chicken sandwich inspired some 40 competitors to upgrade their own sandwiches. That includes top rival KFC, giant burger chain McDonald’s, and its own sister chain Burger King, all of which debuted their own versions this year.

Perhaps unsurprisingly, same-store sales declined by 2.5% in the second quarter. “We did see some pressure over the course of the second quarter here in 2021 from competitors launching new chicken sandwiches themselves, coupled with industry-wide labor challenges,” Cil said.

Still, he added, “our nominal sales remain strong.” Indeed, on a two-year basis Popeyes sales remains 25% above pre-pandemic levels—more than any of those aforementioned competitors.

Cil said the nuggets are “already proving to be incremental in our market tests and have attracted new guests in an attractive demographic, that’s kids and families.”

Customers are also ordering them as snacks in the afternoon, tapping into a previously untapped occasion and daypart.

The company spent months preparing for the launch—it sent 110 corporate employees and field teams to work with operators on execution. It also worked to ensure it had enough supplies on hand so the restaurants didn’t run out of product. “The key to success is an extreme focus on operational performance and execution at the restaurant level,” Cil said.

Popeyes says it hopes for a further boost this week when it starts advertising the nuggets. It is also testing a new loyalty program as part of a company-wide effort to bolster its digital sales across all its brands—also including Tim Hortons in Canada.

“The brand is stronger than ever and has some of the best unit economics in the industry to build on,” Cil said.