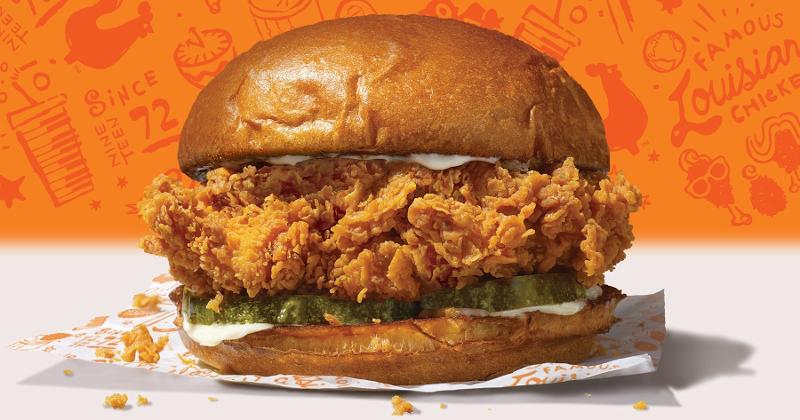 Popeyes’ ultra-popular chicken sandwich, which took the fast-food world by storm in August only to disappear from the chain’s menus shortly thereafter, is apparently making its return next month.

Operators said the sandwich is expected to return in early November. They’ve spent the past few weeks hiring additional staff and training workers in preparation for the return, hoping to avoid some of the long lines that were the hallmark of the August introduction.

Guillermo Perales, CEO of Sun Holdings, said he is hiring two people per location at the 170 Popeyes locations he owns.

He is also training workers and said that Popeyes wants operators to devote employees specifically to preparing the sandwich to ensure that the sandwich and the chain’s existing products can be prepared in an orderly fashion.

“We’re preparing ourselves to staff and execute,” Perales said. “We’re ready to go. We’re ready for the Super Bowl.”

Popeyes in a statement would not confirm whether the chicken sandwich is set to return next month. “We have been working diligently to bring the sandwich back to our restaurants, as we know our guests are anxiously anticipating its return,” the company said. “As soon as we’re ready to announce a date, we will let the world know.”

Popeyes did confirm, however, that operators are increasing staff. “Most Popeyes restaurants are franchised, and employment matters, including hiring, are handled by the franchisees. However, Popeyes can confirm that across the system, franchisees have worked to increase staffing to be ready to serve guests once the chicken sandwich returns.”

The fast-food chicken chain quietly introduced its sandwich, a product it had been preparing for two years, in late August with little media. The product received positive reviews, the company then responded to a tweet from rival Chick-fil-A, and the result generated a social media storm that overwhelmed many of the chain’s restaurants.

Still, sales were remarkably strong during that period, and the chain took sales from rivals Chick-fil-A and KFC.

Popeyes since then has been working to get enough supply to fulfill demand. But it has also urged its operators to add staff in advance of the product’s return.

The surge in interest generated long lines at the chain’s restaurants, and customers often waited half an hour or longer to get their food. Employees were dealing with shockingly strong demand for a product unlike anything they’d made before.

“It is a different product,” Perales said. “You have to prepare the bun and the patties. It’s like creating a new line.”

The risk, however, is that the company lost steam during the two months the product has been unavailable. Two years ago, McDonald’s ran out of supply amid unexpectedly strong demand for its Buttermilk Crispy Tenders. Operators say their return, just six weeks later, didn’t generate close to the same level of demand.

Popeyes could risk some profits by adding employees if the same happens with the chicken sandwich.

Perales said even a far more modest gain of about 10% would still be a major win and the company could manage hours down the road.

But he believes it will do better than that. “The product is so good, I have no doubt that sales would” perform well, Perales said. “I really think this is going to make the unit economics of the brand a lot better. It’s very good.”

UPDATE: This story has been updated to include comment from Popeyes.