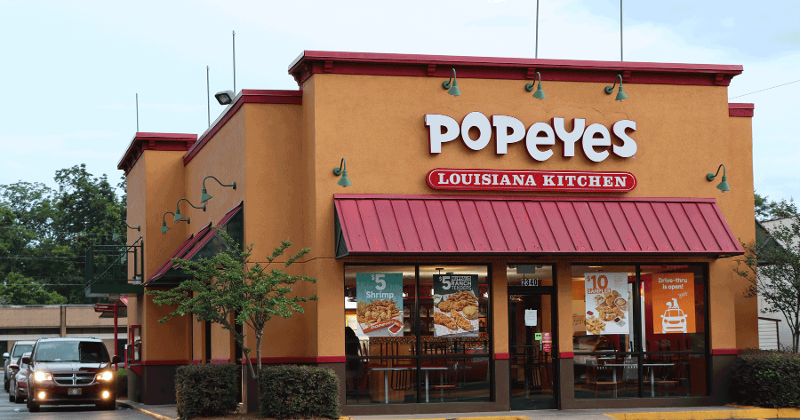 Popeyes Louisiana Kitchen’s same-store sales rose 19.7% in the U.S. last quarter, continuing the company’s year-long run of strength on the back of its new chicken sandwich, according to preliminary results from parent company Restaurant Brands International on Wednesday.

For Popeyes, however, the result was the first test of the chain as it began comparing itself against quarters when the chicken sandwich was introduced. The numbers since suggest that the company has settled into a sales pattern that is about 30% higher than it was before the existence of that sandwich—though, to be fair, the pandemic itself appears to have elevated fast-food chains’ sales in recent months. And the numbers do appear to be slowing somewhat.

Popeyes introduced the sandwich during the third quarter a year ago, generating remarkably long lines for several days as consumers rushed to try the product—until the company ran out of supplies within two weeks. The company would wait until November to reintroduce the sandwich, and sales picked right up again and stopped for only a three-week hiatus at the outset of shutdowns in March.

As for Tim Hortons, the results continue a slow improvement. The chain accounts for nearly 60% of RBI’s total revenue, and its 4,000 Canadian locations represent the bulk of its system. The chain’s locations outside of Canada have performed better, with same-store sales down 3.6% for the quarter. Most of Tim Hortons’ non-Canada locations are in the U.S.

But its Canadian operations have been challenged of late, including a 1.2% same-store sales decline in the third quarter a year ago.

For Burger King, the chain was comparing itself against an especially strong quarter from a year ago, when same-store sales rose 5%. But the chain’s sales results overall have been weaker than competitors McDonald’s and Wendy’s for the past year. McDonald’s last week said its same-store sales rose 4.6% last quarter and was up in the double digits in September. Wendy’s has yet to report its third-quarter numbers, but its new breakfast daypart has been expected to provide a strong tailwind.

Restaurant Brands International, based in Toronto, said that it expects revenues to be between $1.32 billion and $1.34 billion, while adjusted earnings before interest, taxes, depreciation and amortization, or EBITDA, is expected to be between $555 million and $565 million. The company said that 96% of its systemwide restaurants were open as of the end of September.