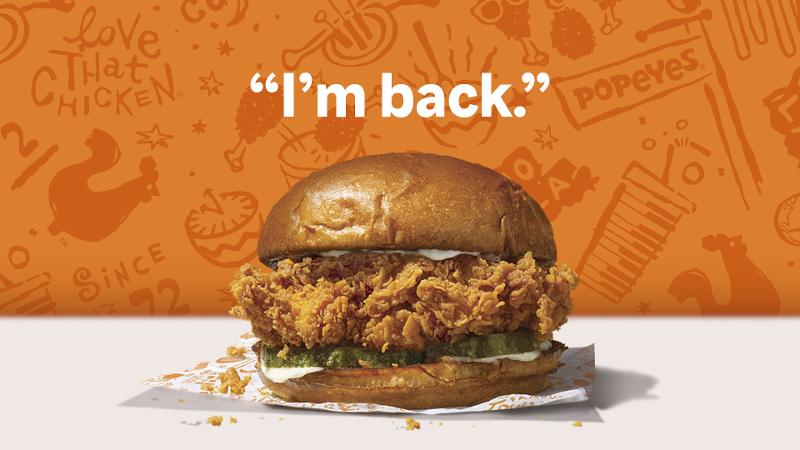 The chain, which ran out of six weeks’ worth of supply in less than two weeks, said it plans to bring the sandwich back nationwide on Sunday. Franchisees have already staffed up and trained employees for an expected surge of customers.

The same-store sales result was the best performance for the chain in five years. The result “far exceeded our most ambitious expectations,” Jose Cil, Restaurant Brands’ CEO, said during the company’s third-quarter earnings call on Monday.

Cil admitted that it was a “challenging quarter” for Tim Hortons.

Still, the quarter proved to be an important one for Toronto-based RBI, which was created in 2014 with the merger of Tim Hortons and Burger King, and then bolstered with the 2017 acquisition of Popeyes.

The company has prided itself on its marketing strength, and the chain flexed those muscles with Burger King and Popeyes in the third quarter, prompting strong sales results at both chains.

Popeyes introduced the chicken sandwich somewhat quietly in late August after two years of development. The product received rave online reviews, however, and then a tweet aimed at rival Chick-fil-A ignited an Internet storm.

Customers flocked to the chain’s restaurants in subsequent days, and some locations saw double their normal traffic and more.

Popeyes’ global same-store sales rose 9.7%, the company said, and systemwide sales rose 15.6% at the chicken chain. “Popeyes had one of its best quarters in nearly two decades,” Cil said.

Not surprisingly, the company is poking at Chick-fil-A again as it plots its return. The company is bringing the sandwich back on Sunday, when the Atlanta-based sandwich chain is typically closed.

An ad highlighting the sandwich’s return features a Popeyes logo on a highway-side being changed to say “open Sunday.” The Chick-fil-A logo next to it reads “closed Sunday.” 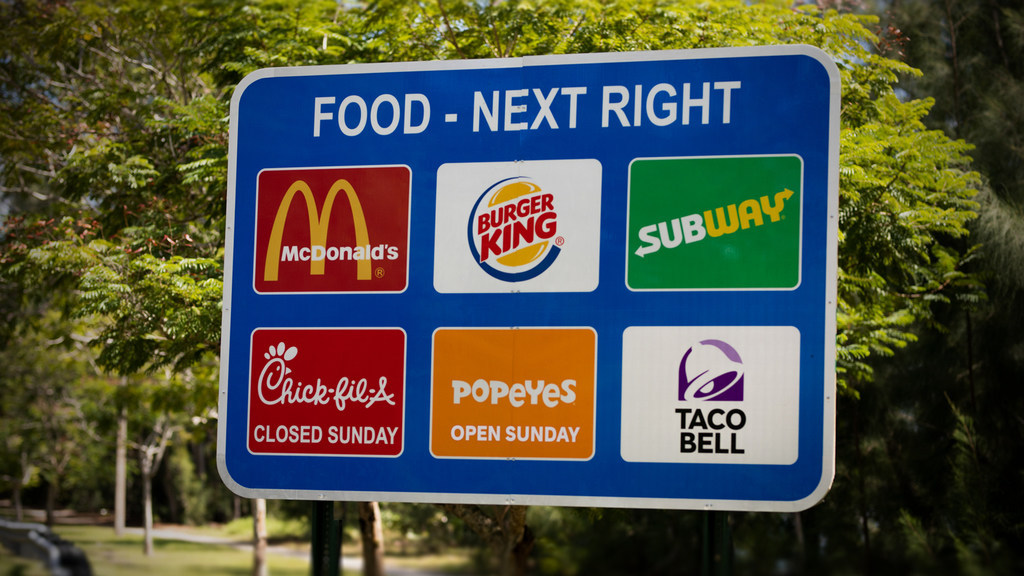 Executives on Monday said that the interest in the chicken sandwich helped the chain’s other products, too.

“It lifted all other parts of the business,” Cil said. “We saw a lift in our bone-in chicken business. We saw lift in beverages, and quite a lift in desserts. So there was a strong performance across the entire business.”

That’s important for a chain that focuses on getting people in the door to try the product. “About 65% of the U.S. hasn’t tried Popeyes and we know when we get a guest to try a product, it’s preferred over other chicken QSR,” Cil said. “Our goal is to have people try the product. When they try the product, they come back for more.”

Similarly, Burger King surprisingly announced a test of the plant-based Impossible Whopper in April and then quickly expanded the product nationwide in the summer. The product generated considerable sales during tests and strong results during the third quarter ended Sept. 30.

UPDATE: This story has been updated to add commentary from Monday's earnings call.