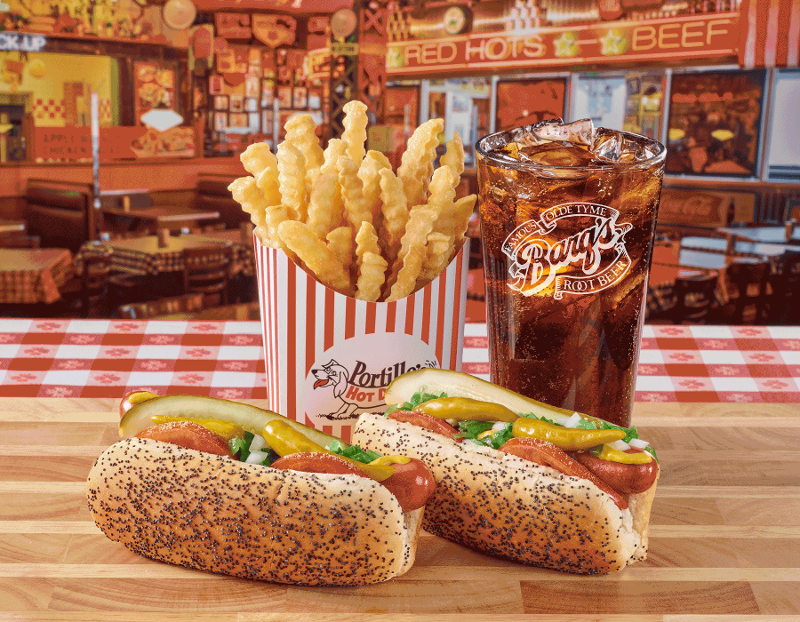 Portillo’s menu focuses on foods beloved by those with ties to the Chicago area: Messy, gravy-dipped Italian beef sandwiches and hot dogs topped with the city’s iconic adornments, such as celery salt, sport peppers, tomatoes and chopped onions.

But the regional chain has big plans to bust out of its geographic footprint and grow its current portfolio of 67 restaurants to more than 600 units by 2046, according to go-public documents filed with the Securities and Exchange Commission Monday.

In its IPO filing, Portillo’s said it has a “substantial runway for growth” and that it is “well-positioned for global growth in the future.”

A Portillo’s spokeswoman did not respond to Restaurant Business’ request for comment on the chain’s growth plans or its IPO filing.

Indeed, Portillo’s has managed significant growth coming through the pandemic, thanks in large part to the strength of its drive-thrus, which grew from $3.4 million per unit in 2019 to $4.9 million today—a large chunk of the chain’s $7.9 million average unit volumes. (Restaurants in Portillo's home turf market posted AUVs of $9.1 million during the period.)

Portillo’s said it is in the “early stages” of nationwide growth, with plans to open a total of seven new locations between November 2020 and the end of this year, eventually working up to 10% annual growth.

The chain’s near-term strategy focuses on adding units in “adjacent and national markets outside Chicagoland,” while also opening “select” locations in the Chicago area.

“Given our leading volumes and the size of our restaurants, we typically do not compete for real estate with quick service or fast-casual concepts and tend to be a tenant of choice by landlords due to the significant traffic going through our restaurants,” Portillo’s said in its filing.

The chain said it is creating professional development plans for its employees to ensure an ample supply of trained managers to oversee the new restaurants.

Every one of the chain’s locations has a drive-thru and it is planning a unit with a triple drive-thru to open this winter.

“In a world where customers increasingly value convenience and optionality, our longstanding multi-channel expertise positions Portillo’s to continue to succeed and grow market share,” the chain said in its filing.

That multi-channel approach will be key to the company’s growth strategy going forward, as it looks to maintain that drive-thru business while also building dine-in traffic that was lost during the pandemic. The brand launched curbside pickup during the pandemic and also offers catering as well as direct shipping via its website.

Portillo’s also has room to grow its delivery business, which represents about $850,000 in annual sales per unit today, up from about $500,000 in 2019. Delivery remains about 11% of total restaurant sales at the average unit.

Portillo’s is known for its large restaurants, with current stores averaging more than 8,000 square feet and costing about $5 million to build. Stores are currently serving an average of 825,000 guests per year, the company said, with each one spending about $9.60.

“Our restaurants have attracted a growing cult-like following that has enabled us to thrive across a variety of suburban and urban trade areas around the country,” the chain noted.