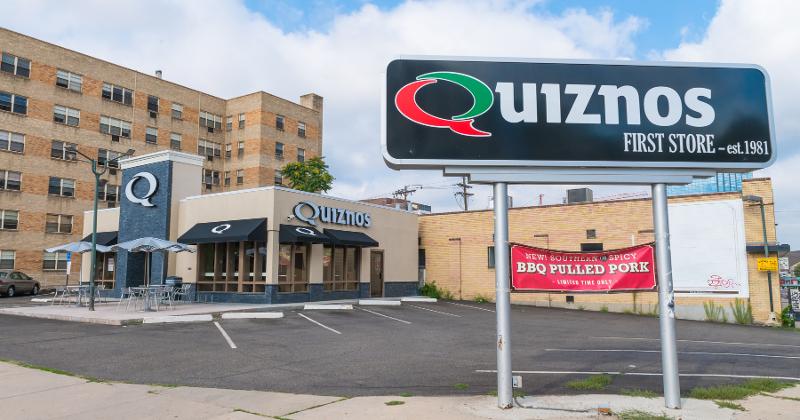 The sandwich chain had a tough year in 2020. According to Restaurant Business sister company Technomic, its system sales declined 22.5% while unit count fell by 9%. The chain now generates less than $100 million a year in system sales and operates 255 U.S. locations.

In short: Quiznos’ domestic unit count is down 94% in 15 years, a remarkable collapse of a chain that at one point operated more units than Dairy Queen and generated about $2.2 billion in system sales and was one of the 30 largest chains in the U.S.

The Denver-based sandwich chain, by the way, operates 320 international locations, but those fell in number by 8% last year, too.

Enter ghost kitchens. Quiznos’ parent company, Rego Restaurant Group, this week announced a deal with Ghost Kitchen Brands to put the chain, along with sister concept Taco Del Mar, into 100 of its ghost kitchens in the U.S. and Canada by the end of this year.

The idea is to “help Quiznos and Taco Del Mar continue to increase their presence while enriching Ghost Kitchen’s offerings.”

Ghost kitchens are basically takeout food courts, where the brands are operated either by a single entity or by multiple concepts that lease space. They can house major brands or independents or virtual brands. And they’ve been booming over the past year as restaurants have looked for ancillary income during the pandemic while third-party delivery demand took off.

A few big brands, including Chick-fil-A and Wendy’s, have been getting into ghost kitchens. But for the most part smaller chains have taken advantage of the trend as a way to expand their reach and introduce their offerings to new markets. Those chains include Saladworks, Dog Haus, Nathan’s Famous, Smokey Bones, Muscle Maker Grill and Wow Bao.

For Quiznos, however, the deal carries more weight. The chain at one point seemed to be well on its way toward rivaling Subway—at least in terms of loading the country with large numbers of locations too close together and with small unit volumes run by mom-and-pop operators.

The chain still has a famous name that could make it popular among customers looking for delivered food and potentially interested in a blast from the past. Some well-established brands have enjoyed strong success when they’ve opened delivery-only locations in new markets. White Castle’s first ghost kitchen, in Florida, had to be shut down because it was too popular.

For all of its growth over the past year, third-party delivery is a costly service targeted at a specific group of customers—a group that appears to be on the verge of a decline as consumers shift to a more normalized state.

Still, at least Quiznos is putting its sandwiches into more locations rather than fewer. When a brand closes a lot of locations as the chain did, it tends to make customers think the brand doesn’t exist any longer and they start looking elsewhere. In this case, perhaps for the first time in a decade, delivery customers could be reminded that the chain that once put a creature called a “Spongemonkey” on its television ads.