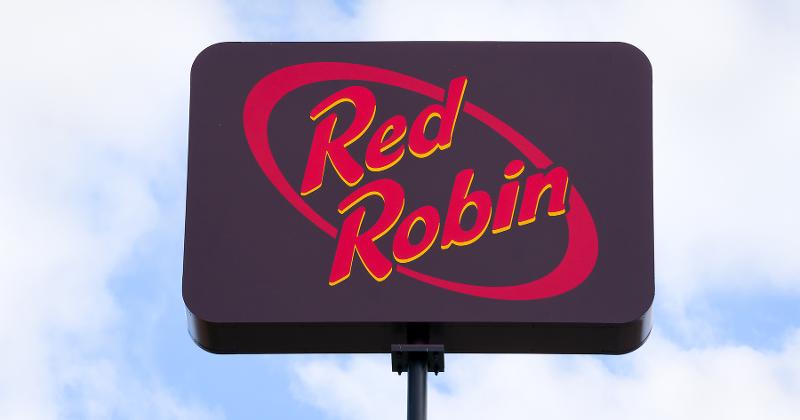 In its first major move since appointing Paul Murphy CEO, Red Robin Gourmet Burgers & Brews has suspended its refranchising program, saying the proceeds will be better after the chain’s turnaround effort gains momentum.

The decision came as the casual-dining operation posted a net loss of $1.8 million on essentially flat revenues and a 1.6% gain in same-store sales for the third quarter ended Oct. 6. The franchisor posted a net income of $1.7 million in the year-ago quarter.

Traffic at the burger chain’s 561 restaurants fell 3.1% for the quarter, but was offset by a 4.7% rise in the average guest check. The brand’s turnaround strategy calls in part for leading patrons away from a menu of bargain-priced burgers to more upscale choices and boosting dine-in business, which tends to yield higher margins.

Sales from delivery, takeout and a relatively new catering initiative rose 37.3%, to account for 13.2% of total sales.

“While there still is much work to do, these efforts are enabling us to build our brand reputation and the confidence of our guests, which are critical to driving sustainable improvements in sales and profitability for years to come,” Murphy said in a statement.

The former executive chairman of Noodles & Co. and onetime CEO of Del Taco assumed the top job as Red Robin contends with a demand for more power from a dissident shareholder, Vintage Capital, which has expressed its dismay about not being consulted on the choice of Murphy by a Red Robin board that has since been largely reconstituted. The new directors include Torchy’s Tacos CEO G.J. Hart, former Dine Brands Global CFO Tom Conforti and onetime Jamba CEO David Pace, who serves as chairman.

Vintage has presented an offer to buy the chain, but the board led by Murphy's predecessor, Pattye Moore, rejected the offer and said the company would prefer to focus on its turnaround than become a holding of the private-equity firm.

Vintage has yet to respond publicly to the suspension of Red Robin’s refranchising effort, which intended to sell about 100 of the chain’s company-operated units to new and existing franchisees. Only 90 of the chain’s units are currently operated by outside parties.

Systemwide sales for the brand were flat for the third quarter, at $351.9 million.

“Based on its analysis, the company believes the value creation opportunity to stockholders from refranchising will be much greater once the operating fundamentals in the business have been further strengthened and the support capabilities for franchising enhanced,” Red Robin said in a statement.

The company did not signal any changes in other aspects of the brand’s turnaround effort. The operation has been attempting to rebound from operational changes that were intended to shave unit-level staffing needs. The elimination of two low-level positions backfired dramatically, leading to dirty tables and longer waits to be seated on busy nights and increasing the number of guests who walked away rather than endure long waits at units located in shopping malls and near movie theaters.

Labor expense increased during the third quarter as the chain beefed up its managerial staffing levels.