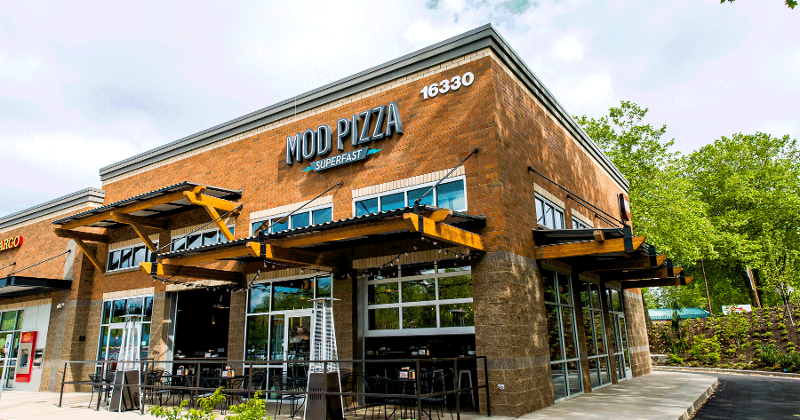 Restaurant sales surged 36% year-over-year in March as consumers spent their stimulus checks, enabling the industry to almost completely recover sales lost during the pandemic despite capacity limits and closures.

Food services and drinking places generated $61.2 billion in sales in March, up 13.4% from February according to U.S. Census data released on Thursday.

That was easily a post-pandemic high. It was also down just slightly from the $62.7 billion in sales the industry recorded in March of two years ago.

To be sure, sales are still below where they were just before the pandemic started a year ago—sales in February 2020 were $65 billion, for instance—and lower still than they should be given normal rates of inflation.

Still, the surge in sales hit restaurants of all types last month. Customers at a Raising Cane’s in suburban Minneapolis lined up twice around the restaurant and into the parking lot at 9 p.m. on Wednesday, for instance.

Such scenes played out repeatedly last month. Casual dining restaurants had long wait times. The sandwich chain Firehouse Subs saw sales more than double during some weeks in March over what they were a year ago. The fast-casual Italian chain Fazoli’s hit several weeks of record sales.

“We’re up over 2019,” MOD Pizza CEO Scott Svenson said in a recent interview. “It’s on the positive side of our expectation. We did expect there to be a recovery. I wouldn’t say it totally caught us by surprise. But it’s definitely on the positive side.”

The sales improvement can largely be attributed to two issues—stimulus and consumers tired of the pandemic.

People have grown more confident in dining out recently, thanks to the prevalence of vaccines and easing restrictions—a number of states, such as Texas, have completely lifted restrictions.

But much of it is due to the stimulus and an improving economic picture. Sales surged shortly after consumers started receiving $1,400 checks, which many Americans spent at restaurants. The investment bank Rabobank has said it expects the stimulus to result in a 20% to 30% increase in restaurant sales.

“They are basically taking their stimulus checks and walking into our restaurants and handing them over. It’s incredible.”

Indeed, restaurants appear to be keeping their takeout sales at similar percentages to the pandemic, suggesting that customers have simply increased how much they’re spending at restaurants whether they’re comfortable dining in or not.

The sudden increase in sales has not been without its headaches. An industrywide shortage of employees has caused problems at several restaurants—leading to short-term closures due to a lack of available employees. Delivery companies have also had a difficult time finding drivers—as have distributors, which has led to supply-chain problems and shortages in items like pickles and ketchup packets.

Still, the industry has come a long way from where it was a year ago, when sales plummeted in the second half of March and into April—when sales plunged to monthly levels not seen since the late 1980s.