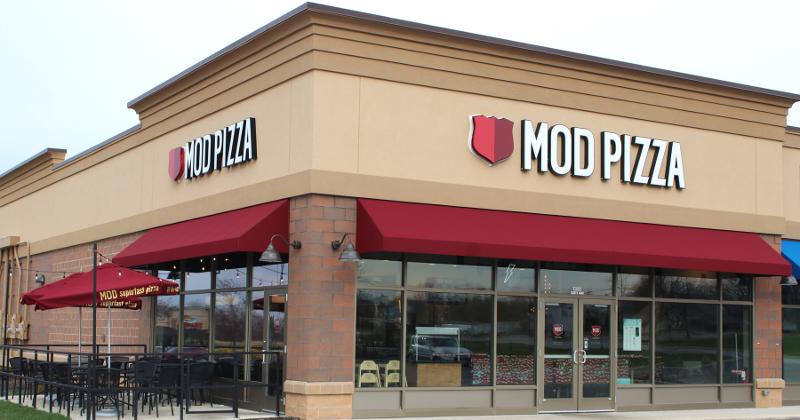 A funny thing happened to MOD Pizza last month as its dine-in sales increased. “We’ve been holding onto a lot of our digital sales,” CEO and Co-founder Scott Svenson said. “We never want to repeat 2020. But there are a lot of good things we’re going to take out of 2020, like digital and off-premises.”

Restaurant chains have noticed that, at least so far, the to-go business they generated during the pandemic hasn’t disappeared as consumers returned to in-restaurant dining. In some cases, it has actually increased in recent weeks.

While most operators believe that to be a temporary phenomenon—a lot of people remain reluctant to eat inside restaurants and capacities remain limited in much of the country—it gives them confidence that the takeout business they developed over the past year was not a one-shot deal.

“People are used to doing takeout, and that’s not going away,” said Eric Slaymaker, CEO of the 23-unit Winger’s. “That’s going to stay strong.”

Winger’s, a chicken wing and tenders-focused casual dining chain based in Salt Lake City, generated about 40% of its sales through takeout and third-party delivery during the pandemic. Slaymaker said that percentage has remained constant in recent months even as sales increased. “What was kind of a shock is takeout’s even gone up,” he said.

Similarly, Olive Garden’s same-store sales improved from a 11.6% decline to a 5.7% increase during those two weeks. Takeout declined only slightly as a percent of sales, to 33% from 35%.

Gene Lee, Darden’s CEO, told investors last month that he doesn’t expect that to last. “As we get to offer more capacity and we see this in individual restaurants, the off-premise will start to fall off,” Lee said, according to a transcript on the financial services site Sentieo. “I think while the capacity is limited, and there’s still a lot of people out there that aren’t fully vaccinated, there’s still good demand for the off-premise (occasion).”

But Lee also expects takeout occasion to settle into a higher level. “Our off-premise business will still be robust when all is said and done,” he said.

That view was echoed by many other operators, who do expect takeout to diminish over time.

Much of the surge in business last month came as a result of stimulus checks. Consumers had nothing else to spend their money on, and they ate out at restaurants more often than they would have otherwise.

But there are fewer restaurants today than there were a year ago. And consumers have been gravitating toward takeout for some time, anyway. Fast-casual and casual-dining chains got a lot better over the past year at targeting that takeout customer, and it’s also fair to expect a fair bit of that to continue.

This is a good thing for chains, such as full-service Italian concepts or fast-casual pizza chains, that were developed for the dine-in customer. “We made three to four years of progress in nine months,” Svenson said. “I think that will set us up well for the future.”