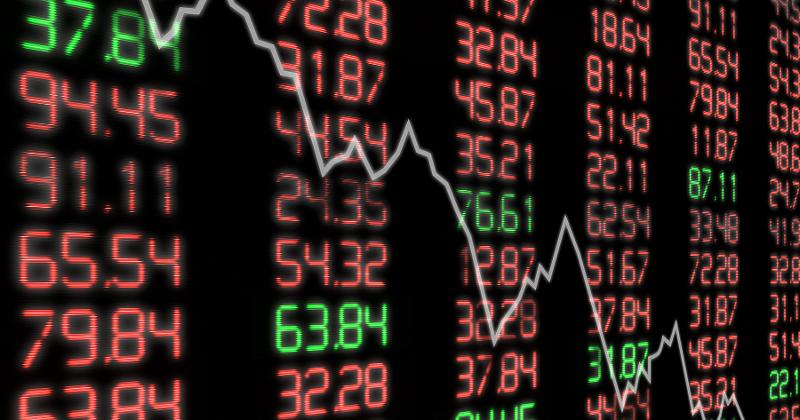 Stock prices were hammered again Monday, with major stock indexes plunging on the open amid an oil price war and continued fears of the impact of the coronavirus on the U.S. economy.

The S&P 500 index lost more than 7% on the open along with other major indexes, triggering a “circuit breaker” that led to a temporary halt in trading Monday. It ultimately closed down 7.6%.

Restaurant stocks were hit right along the way as investors sold off numerous industry stocks, particularly dine-in chains, amid fears that consumers would stay home and cut back on the number of meals they eat outside the home.

Indeed, since the close of trading on Feb. 20, including the losses from early morning trading Monday, stocks have seen a median decline of 30%.

Every publicly traded restaurant company has lost value over the past two weeks, from Nathan’s Famous (down 3.5%) to Pollo Tropical owner Fiesta Restaurant Group (down 83%). All but nine stocks are down more than 20%.

That said, investors have looked more favorably upon fast-food and pizza delivery chains than they have fast-casual concepts and casual-dining chains. The theory: Customers are far more likely to get their food through a drive-thru window in a coronavirus outbreak, or have it delivered than they are to dine in.

For instance, McDonald’s has lost 13% of its value over the past two weeks, while Domino’s Pizza has declined by 10% and Dunkin’ by 15%.

On the other hand, Red Robin Gourmet Burgers has declined by more than 50% over that period, while Dave & Buster’s has lost 50% of its stock price value and Shake Shack is down 38%. Chipotle Mexican Grill has lost 30% of its value since it hit an all-time high of $940 a share last month.

Stock price declines have prompted a few restaurant company CEOs to start buying their own stock.

Investors have been spooked as the coronavirus spread outside of China and hit the U.S., prompting broad fears of consumer reaction and a potential economic recession. Well over 100,000 cases of COVID-19 have been confirmed worldwide, including more than 300 in the U.S.

Nearly 200 conferences and events have been canceled in recent weeks, including the popular South by Southwest technology and music conference in Austin, Texas.