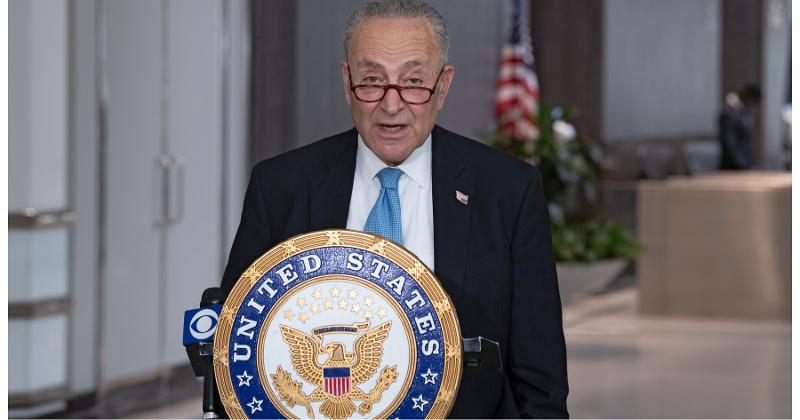 A federal aid program aimed at helping restaurants recover from the pandemic will end three months earlier than planned under a provision of the $1.2 tillion infrastructure improvement bill approved Tuesday morning by the Senate.

The Employee Retention Credit (ERC) provides restaurateurs and other small employers with an advance against their taxes of up to 70% of what they pay in Social Security payroll taxes. Essentially, the government provides the money upfront in anticipation of the credit being taken when the business files its returns for the year. Only operations with 500 or fewer employees can get the advance.

The amounts can range up to $7,000 per employee per quarter in 2021.  But the version of the Infrastructure Investment and Jobs Act ends the ERC program with the third quarter, or on Sept. 30, instead of letting it run through the remainder of the year.

“This bill shortens the use of one of the only recovery tools available to us—the Employee Retention Tax Credit,” Sean Kennedy, EVP of public affairs for the National Restaurant Association, said in a statement. “This action increases our need for Congress to act on behalf of the restaurant industry and replenish the RRF [Restaurant Revitalization Fund] in the planned reconciliation bill.”

The association has been working with a bipartisan group of senators in hopes of pushing through a bill to channel more funds into the RRF, a $28.6 billion pool of aid earmarked specifically for restaurants that were walloped by the pandemic. The program ran out of funds within three weeks, leaving hundreds of thousands of applicants without the intended relief.

Several thousands of other restaurant operators were told they qualified for aid, but never saw the money because of successful court challenges of a provision that gave preference to female and socially disadvantaged applicants. The suits alleged reverse discrimination.

A measure to replenish the RRF with $48 billion was introduced in the Senate over the weekend by eminent senators from both sides of the aisle, including Ben Cardin (D-Md.), Roger Wicker (R-Miss.) and Majority Leader Chuck Schumer (D-N.Y.). The proponents had hoped to push the measure through by aiming for a unanimous vote, a procedural option that tends to streamline passage of popular, nonpartisan initiatives. But an objection was raised, undermining the effort.

The industry has another shot at re-upping the fund in the reconciliation bill that Democrats are pushing in Congress as a companion bill to the infrastructure act. That measure, which would require just a simple majority to pass, includes a number of social aid and benefits that were stripped out of the bill that passed Tuesday. President Biden has said that he’ll sign the infrastructure bill because many of the measures he originally wanted in that measure were moved into the reconciliation bill.

The infrastructure bill now moves to the House of Representatives, where it is expected to pass, though with considerable debate. Even though Democrats have a majority in that chamber, members of the party’s progressive wing have criticized the bill for not going far enough in updating the nation’s infrastructure. They would have preferred to see a larger, more sweeping measure.

Some Republicans, meanwhile, are blasting the infrastructure bill as a pork-barrel measure that encompasses far more than rebuilding hard assets such as bridges, roads and airports.

The National Restaurant Association is the majority owner of Restaurant Business and its parent company, Winsight.