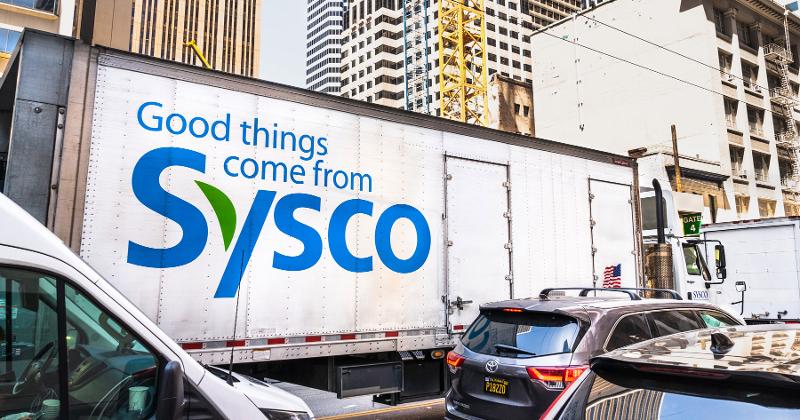 The coronavirus pandemic appears likely to shift the balance in the restaurant industry further toward chains and away from independents.

For the food distribution business, which had increasingly relied on local restaurants for their profits, the result could change the makeup of the distribution industry, and that could in turn have an impact on how much chain restaurants pay for their food and paper.

“Generally speaking, every major distributor earns more margins and profit dollars from” local restaurants, said David Henkes, senior principal with Restaurant Business sister company Technomic. “That customer base has been the most devastated. They’ve had the most closures and the most loss of revenue.”

As restaurants began losing business in March and then shut down for good, distributors’ revenues fell and profits plunged. Revenue at giant Sysco last quarter declined 6.9%, but EBITDA, or earnings before interest, taxes, depreciation and amortization, was down 30%. Both US Foods and Performance Food Group (PFG), both of which are digesting recent acquisitions, saw significant declines in demand from independent restaurants.

At least one distributor, Maines Paper & Food, has permanently closed locations in the aftermath of the pandemic—the company terminated employees this month after opting to wind down its broadline distribution business, according to local reports out of New York.

How long and how much this reduction in sales will affect distributors depends on how long it takes restaurants to ramp up their business as states reopen.

Chain restaurants have largely remained open, and they continue to see improved sales. That’s especially true for fast-food restaurants that have seen their sales normalize or even grow in recent weeks.

But independents have been slower to reopen and ramp up business. Many local restaurants have closed altogether. Higher-end restaurants in particular remain challenged. According to OpenTable, reservations were just 7% of their prior-year levels on Saturday, although that was up over the previous two weeks.

At least one estimate suggests as many as 25% of restaurants could close coming out of the pandemic. Independents would almost certainly feel the brunt of that.

“I don’t have a good feel for how many restaurants are going to come back,” George Holm, president of PFG, said earlier this month in an earnings call with investors, according to a transcript on financial information site Sentieo.

“I’ve been saying for a few years there’s just too many seats out there, and there needs to be less. If we did come back with less restaurants and higher unit sales, average unit volume, I think that would be good for the industry. We just need to reassess what the new world looks like and go from there.”

Many distributors have taken steps to shift their business in the wake of the pandemic. Most of them have targeted grocers for business, hoping to alleviate some of the cash pressures—though some are certainly hoping for a permanent relationship.

US Foods expects to target the fastest-growing part of the grocery store—the deli. “The part that looks more like a restaurant,” CEO Pietro Satriano told investors last week, according to a Sentieo transcript. “That’s right in our wheelhouse.”

Still, the loss of so much business from more profitable independent restaurants could have a major impact on the distributors themselves.

Distributors’ business with chain restaurants is prenegotiated. The market shift toward more chains could lead distributors to push for higher prices from their chain customers to make up for the profit loss from independents.

What’s more, the larger distributors could have a more dominant position. There are thousands of distribution competitors, but the pandemic may well force more mergers and acquisitions in the space as smaller companies struggle.

Acquisitions have been frequent, including some big ones. US Foods in March, for instance, said it had an agreement with Smart Foodservice. PFG in December completed its acquisition of Reinhart Foodservice. The pandemic could accelerate the consolidation of the distribution business as more smaller players look for buyers.

“The big guys will be fine,” Henkes said. “Where a lot of consolidation and vulnerability may happen is among the mid-tier and smaller distributors. Some smaller guys, their bread-and-butter was local, independent restaurants in local markets. You could see acquisitions or smaller distributors that can’t make it.”

Indeed, larger distributors have promised to be aggressive to take more of the market coming out of the pandemic. “We will be very aggressive in taking the opportunity to take share,” Joel Grade, Sysco CFO, said at an investor conference last week.

“We were oversaturated with restaurants,” Henkes said. “We were undersupplied with distribution capacity.”

The distribution companies themselves remain optimistic about the long-term in the industry and believe that sales will return over time—and they also believe that independent restaurants will come back. It just might take time.

“We expect that local street independent customer business to normalize and return back to pre-COVID levels,” Sysco CEO Kevin Hourican said. “People like eating at restaurants. We would expect over time that it will revert back to that type of business penetration.”