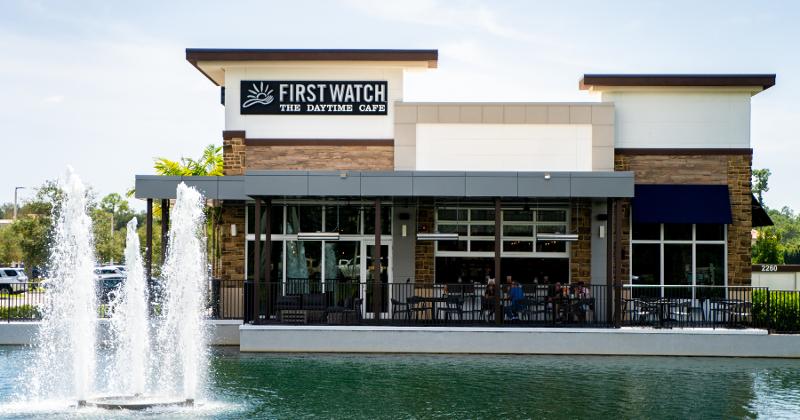 The sports adage “winning solves everything” can also be applied to restaurants—just replace “winning” with “sales.”

That was true at First Watch during the first quarter, when the company leaned on another period of double-digit sales growth to expand its restaurant-level operating margins—an impressive feat as costs for food and labor continue to rise.

Same-store sales at the chain were up 27% year over year during the period ended March 27, driven by traffic growth of nearly 22%. Compared to 2019, sales and traffic were up 26% and 3.4%, respectively.

The growth accelerated in March and has continued into the current quarter, executives said during an earnings call Tuesday. It extends a string of strong performances from the Bradenton, Fla.-based chain, a leader in the red hot breakfast-and-lunch segment.

The brisk March business made the company’s labor more cost-effective, allowing it to grow its margins to 19.6% compared to 17.5% a year ago and 18.2% last quarter. It had previously said it expected first quarter margins to be only slightly ahead of that 18% mark.

“The margin leverage created by our March sales moved our margins favorably and it moved them quickly,” CFO Mel Hope told analysts on Tuesday.

“In that third period with the surge in sales, we saw most of that come out in labor,” he said. “Our labor ran very efficiently during the period. The sales were surging and we were still running on thin crews.”

That said, the 435-unit brand isn’t planning to operate with smaller staffs for long: It’s working on hiring more workers to match the higher volumes.

“They're working hard and obviously delivering on good results,” Hope said. “But we prefer to be staffed at the levels we were coming into the pandemic.”

First Watch’s margins also benefited from a 3.9% price increase it took in January after not raising prices at all last year. Hope said the chain has pricing power to spare and could raise prices again to help offset inflation.

Despite the growth, the company did not change its guidance for the rest of the year, in part due to the possibility of a recession. But fears of an economic downturn don’t appear to be impacting First Watch customers yet.

“We don't see any early signs of that, at least when we talk about the increase in our traffic and sales and the momentum that we have,” said CEO Chris Tomasso, noting that check management tends to be the first sign of issues with the consumer.

“We're not seeing that at all. In fact, our [per-person average] is up, and we're pleased with the demand we're seeing,” he said.

First Watch investors were also pleased: The company’s stock was up more than 10% as of late morning Tuesday.