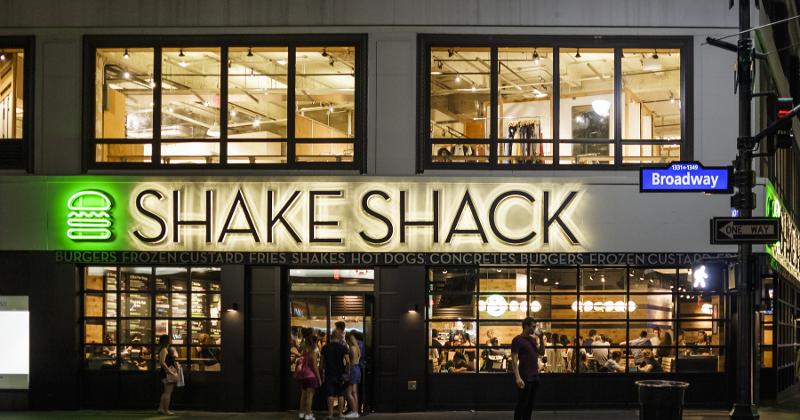 The word “rebuild” came up frequently during Shake Shack’s call with analysts Thursday.

It’s an apt descriptor of where the fast-casual burger chain is in its pandemic recovery, or lack thereof.

For the first time since the COVID crisis started, Shake Shack’s same-store sales inched above 2019 levels, climbing up 2.2% for the fourth quarter compared to the same period just before the pandemic began.

But the New York City-based chain’s gains were erased early in the first quarter with the arrival of the omicron wave that forced it to close restaurants, slash operating hours and throttle digital business.

“We know we have work to do to rebuild,” CEO Randy Garutti told investors. “Given how volatile it’s been, given how many of our restaurants still have some ups and downs, the team has done a great job getting basically three-quarters of that profitability back. And we’ve got a road and a lot of work to do to get that back, and that’s our work ahead.”

Shake Shack typically raises prices about 2% per year, but it said it intends to boost prices about 7% from last October until March, with the possibility of more price increases, “to offset some inflationary pressures,” he said.

The premium on third-party delivery orders is being raised to 15%, from 10%.

“We believe these current price rates are necessary to protect margins,” he said.

Shake Shack, with a real estate portfolio heavily weighted toward urban locations, has been hamstrung during the pandemic by its lack of ability to pivot like some chains have. The brand did not have drive-thrus to fall back on and it is a fairly recent entrant into digital sales and third-party delivery.

So far, the chain has opened three drive-thrus, with plans to have up to 10 by the end of 2022. Executives said it is too early to share how well the channel is performing, but that it is working to “optimize learning.”

Shake Shack said it has logged 3.5 million new app and web purchases since March 2020. The chain said it is adding more kiosks to its restaurants, so far about half of the system has them, and in some cases removing the cash register.

But it hasn’t yet found the key to dealing with inflationary pressures or beating back the impact of the pandemic’s waves on its operations.

“We’re not going to run this business to just hit some expected margin,” Garutti said. “We’re going to run it for the long-term return of sales. The No. 1 thing we’ll do to protect margins is getting our sales fully back. “