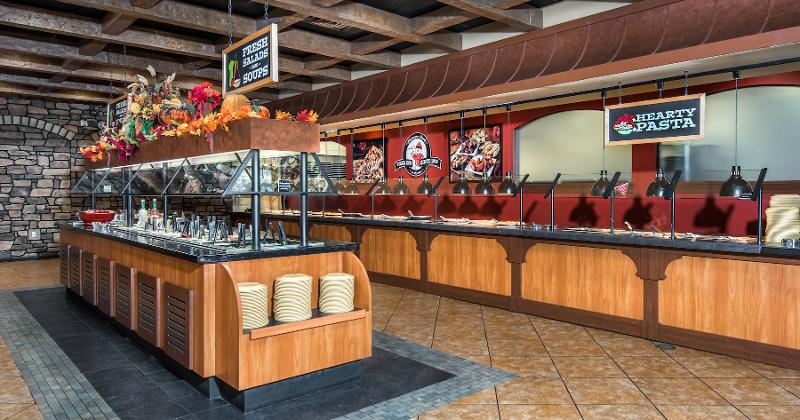 As consumers stayed home to stop the spread of the coronavirus and states took action to limit that spread by closing restaurants’ seating areas, many franchise systems started pulling together, casting aside differences in a bid to keep one another in business.

But in some systems, the shutdown has exacerbated tensions, causing them to boil over.

As their sales were falling off a cliff last month, Pizza Inn franchisees pushed back against a company effort to take over the brand’s ad fund, which the operators had controlled for several years.

The Pizza Inn Franchisee Association (PIFA) sent a letter to its members urging them to avoid signing amendments to their franchise agreements that would hand over control of the fund to Brandon Solano, CEO of the chain’s parent company, Rave Restaurant Group.

“We’re looking for good leadership,” Daven Acker, president of the association, said in an interview. “We’re operators. We want people who can lead us so we can follow.”

In a statement, Solano took issue with the timing of the release and the letter.

“Right now, I’m 100% focused on ensuring Pizza Inn and Pie Five franchisees survive this unprecedented pandemic, including launching our innovative Pizza Inn ‘Buffet to Go’ Wednesday and immediately expanding our delivery capabilities across both brands,” he said. “Taking this issue to the press at a time like this demonstrates [the Pizza Inn Advertising Plan’s] disregard for their fellow franchisees. Pizza Inn deserves better.”

Pizza Inn isn’t the only restaurant franchise that has seen tensions emerge between operators and franchisor. Franchisees at Rita’s Italian Ice have raised questions about moves the brand made in the wake of sales declines, for instance. Franchisees of retail gift franchise Edible Arrangements sued the brand last month, too.

To be sure, some of these disputes are over issues that were there before the shutdown took place. Those disputes haven’t exactly disappeared.

Yet they also emerge even as many franchisors have taken significant steps to protect franchisees’ cash flow by delaying royalty or ad fund payments or by working directly with operators to take advantage of federal assistance.

“If the relationship with franchisees was already in a weak state, having a health and financial crisis upon you is only going to make it weaker,” said Adam Wasch, an attorney with Florida firm Wasch Raines. He was speaking generally about franchise relationships in the era of the coronavirus.

In Pizza Inn’s case, the dispute is over control of the company’s ad fund, which consists of payments the operators contribute to market the brand, equal to 1% of their sales every month. Ad fund disputes between franchisors and franchisees are common and almost as old as the business model itself.

In recent years, brands have taken steps to take control of those funds and make decisions centrally. Subway, for instance, recently took control of an ad fund that for years was controlled by franchisees.

Pizza Inn franchisees have managed ad fund dollars for the past six years through the Pizza Inn Advertising Plan (PIAP). Acker said it took control after discovering that Rave was using some of the fund to build Pie Five, which the operators consider a competing brand.

Pizza Inn operates 187 units globally, 153 of which are in the U.S. and all of which are franchised. Yet the brand has been in decline for years, averaging a 2% annual decline in system sales for the past five years, according to data from Restaurant Business sister company Technomic, though same-store sales had been improving as of late. Pie Five, a fast-casual pizza chain, has been in a major decline.

Solano, the former chief marketing and digital officer of Pei Wei Asian Diner, was brought in as CEO to revive the struggling company.

In January, the franchisor sued to gain control of the ad fund and, more recently, has asked operators to sign amendments to their franchise agreement that would send the ad fund dollars to a new organization, the National Advertising Fund (NAF).

In its lawsuit, Pizza Inn said that despite cooperation between the brand and the existing advertising plan, “the past 10-plus years have seen dramatic reductions in Pizza Inn stores, and overall difficulty in the Pizza Inn franchise system.”

The franchise association asked operators not to sign onto the agreement, arguing that operators would lose their say in how the dollars are spent. In its letter to franchisees, they reference past issues with the fund.

“You will lose any meaningful input into how ad dollars are spent if you sign the new franchise agreement or commit to the new NAF,” the executive committee of the advertising plan wrote. “We cannot rely on them to have our best interests and priorities in mind, even in a time of crisis.”

In the interview, Acker said the franchisees have asked Solano several times to discuss the matter and intensified those requests as the coronavirus started to impact sales. He said his own three South Carolina stores have seen sales fall more than 60%.

The association “has tried to reach out to Brandon Solano and his team,” Acker said. “We’re not getting a lot of cooperation, unfortunately. The goal was to be in this together.”

As for how the brand is operating, Acker said franchisees have met on their own to discuss ideas to generate sales. Pizza Inn is a buffet chain, and most of its sales come from inside the restaurants.

Operators have used carhops to bring orders out to consumers, and they’re doing more takeout. “Restaurant people are pretty innovative people,” Acker said. “The association put together best practices to offset [sales declines] as much as we could and keep stores open. We’re just trying to manage that as best we can, day by day.”