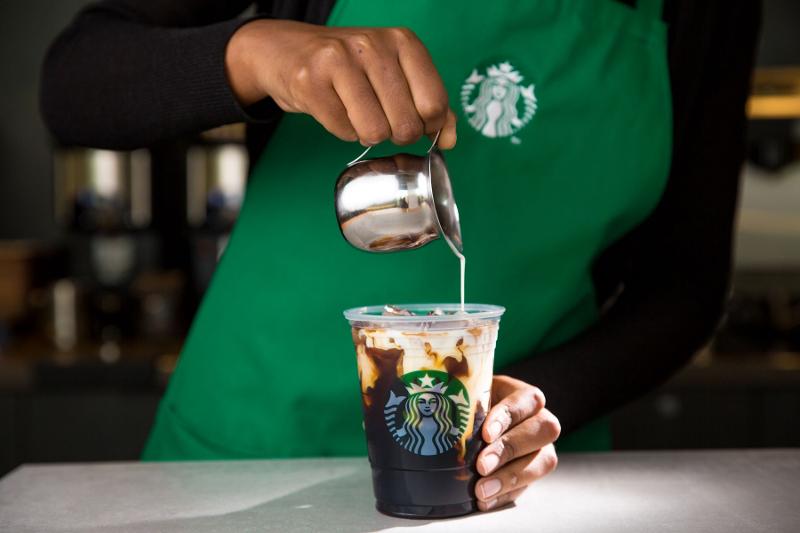 Cold beverages with add-ons have become the most popular item at Starbucks. / Photo courtesy of Starbucks.

Consumers getting a couple of pumps of mocha sauce with their Nitro Cold Brew have generated some big business for Starbucks.

As the Seattle-based coffee giant’s customers order more cold beverages, they are increasingly customizing those beverages with a growing number of add-ons, from Toasted Vanilla Syrup to White Chocolate Mocha Sauce.

Those “modifiers” generate $1 billion in “high-margin” revenue for Starbucks every year, executives said on Thursday—double from where it was in 2019. “Our cold customized beverage strategy is working,” Sara Trilling, president of Starbucks North America, told investors on Thursday.

It wasn’t just higher prices, though executives said that “strategic price increases” of less than 6% certainly helped. Instead, customers ordered more food than ever. “Food attach” was considerably higher in the period than it was before the pandemic, meaning customers are getting breakfast sandwiches or pastries more often to go with their iced espressos.

Starbucks charges extra for those modifiers, so a pump of caramel sauce could cost customers an extra 80 cents, for instance. That profitable pump of flavorings has soared in popularity among younger consumers, driving more revenue for the coffee chain.

The shift from hot beverages to cold beverages has been swift and, even for a company as big and sophisticated as Starbucks, unexpected.

“Cold has certainly surprised us all at Starbucks,” Schultz said.

It is also giving the company a key demographic it wants badly: younger consumers. “We’ve never wanted to see our customer base get generationally older,” Schultz said. “We want to see it get younger.”

Those younger consumers are the ones apparently driving much of the move to cold beverages. And they’re adding syrups and foams to them.