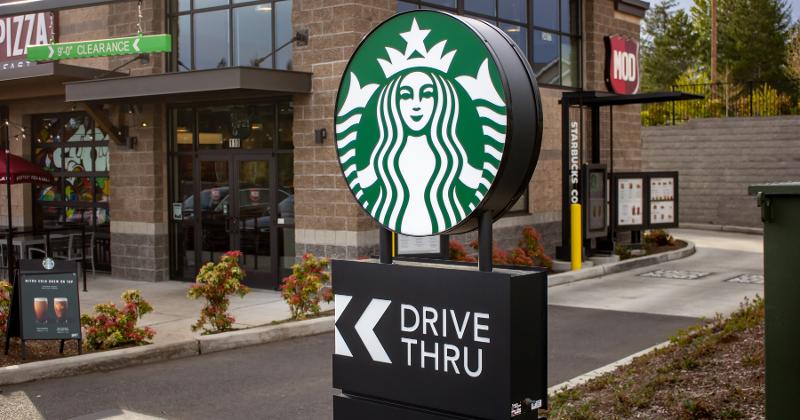 Starbucks used to be a big part of Jared Shapiro’s morning routine. The publicist and brand manager who works with food and beverage companies would go five days a week on his way to work to get an oatmeal or an Egg White and Turkey Bacon sandwich and coffee. Sometimes, with his kids, the trips included bagels and chocolate milk.

He estimates these trips cost $78 a week. All of that ended on March 12 when the Miami resident started working from home during quarantine. These days, his trips are relegated to occasional midday or weekend visits.

“It’s just sad,” Shapiro said. “I’m saving money and that’s great. But it’s sad when you realize how much less money we’re spending on so much.”

The pandemic has greatly shifted commuting patterns. More Americans are working from home, meaning they are not stopping on their way to work for breakfast at Starbucks, McDonald’s or Dunkin’.

The result has caused problems for the chains’ sales and forced them to shift staffing, while they devise plans to get people back into the restaurants in the morning.

“Commuting to work and school is a headwind we are focused on across the U.S.,” Starbucks CEO Kevin Johnson said this week.

The coronavirus has greatly diminished how much Americans drive. In May, for instance, the number of vehicle miles traveled fell 25.5% from the previous year, according to data from the Federal Highway Administration.

A lot of that is due to a steep rise in the number of people working from home. Before the coronavirus hit, about 5 million employees worked from home half time or more, according to Global Workplace Analytics, which tracks telecommuting trends.

The firm believes more than half of the workforce could work from home.

There’s mounting evidence that a huge percentage of the workforce may not return to the office, at least anytime soon. Once they do, it could be for fewer days than before the coronavirus.

Global Workplace Analytics estimates that 25% to 30% of the workforce could be working from home multiple days of the week by the end of 2021. Many large technology firms have already decided to require workers to stay home.

Google, for instance, will keep its employees home until next summer. Facebook will let workers stay home as long as they want.

This has already upended many businesses, and the coffee market is certainly one of them. Before the pandemic, Shapiro would have a cup of coffee made with his Keurig machine. These days, he drinks two.

Starbucks, Dunkin’ and McDonald’s have been beneficiaries of that, too, as all of them sell packaged versions of their beverages at grocery stores. Starbucks CFO Patrick Grismer said this week that his company has gained share through that channel as consumers replaced their in-restaurant Starbucks with versions they make with their own coffee makers.

“The volume we are seeing in at-home coffee remained at elevated levels across the quarter,” Grismer said. “Starbucks outperformed the category.” The company is now looking to accelerate its e-commerce sales and is looking at offering more premium products.

Still, the company’s same-store sales declined by 42% in the U.S. last quarter and were still down 16% by the end of the period even as consumers had increased their overall restaurant usage since April.

Starbucks has seen changes in the way consumers are using the chain. The company is seeing a larger average check and decline in traffic, much like other fast-food chains. But when consumers come in is changing, too. They are visiting during the midmorning and early afternoon, as people take breaks during the day or go into the office later.

“We have seen a shift in the customer in terms of how they view their morning,” said Roz Brewer, Starbucks chief operating officer. She said the company has shifted labor to emphasize the midmorning and early afternoon time frames.

Dunkin’ on Thursday reported a 19% decline in same-store sales in its second quarter and said it has seen similar trends to Starbucks. It lost sales from 6-9 a.m., but gained sales from 10 a.m. to 2 p.m.

And customers are making large orders. “When you’re going out, you’re ordering for probably three or four people in the household, versus when they were commuting, they were coming in single,” Dunkin’ CEO Dave Hoffmann said.

At the same time, both Starbucks and Dunkin’ are facing challenges with their traditional, walk-in urban locations, where the sales recovery has been slower to take hold, and commuting is one reason.

“We continue to closely monitor the performance of the most impacted urban and other markets and remain in regular contact with our franchisees about the economic conditions of the networks in these areas,” Dunkin’ CFO Kate Jaspon said.

McDonald’s has been more insulated from the challenges because it has strong sales the rest of the day. Still, its important breakfast daypart has struggled during the pandemic, losing both sales and traffic.

“Breakfast continues to be disproportionately impacted by disruptions in commuting routines,” McDonald’s CEO Chris Kempczinski said this week. The company plans to rededicate marketing and investment in the morning coming out of the pandemic.

Yet in a sign of just how much the overall market has struggled, McDonald’s has gained market share even as its own sales have declined. “We’re actually growing our breakfast share,” Kempczinski said.