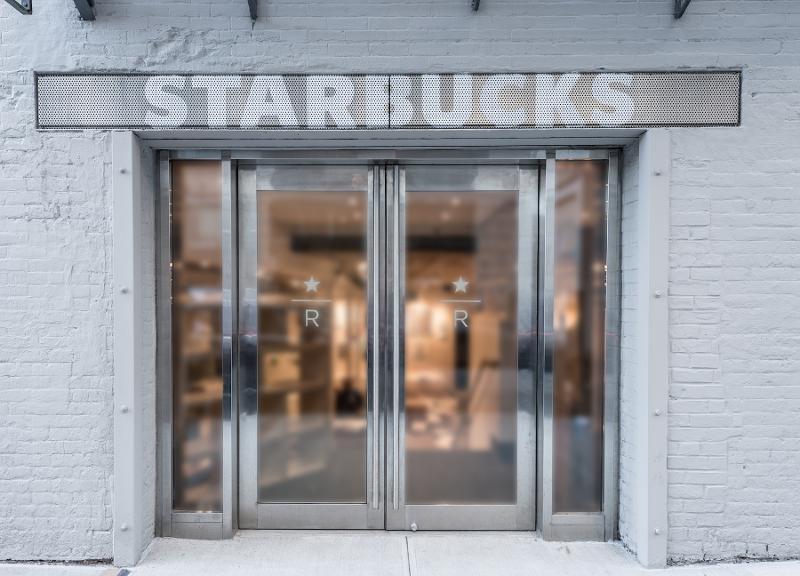 Starbucks Corp. said Sunday that it will eliminate seating in all of its company-operated locations in the U.S. and Canada and shift to an entirely to-go model, making it the first major chain to take a broad step to control in-store dining.

The Seattle-based coffee giant said it would eliminate seating in its cafe and patio areas but would continue to take orders at its counters as well as via drive-thrus, mobile-order and delivery.

The company also said it would have a modified condiment bar inside of its restaurants and would modify its order-ahead handoff areas on a “store-by-store basis.”

“As we all know, the situation with COVID-19 is extremely dynamic and we will continue to review the facts and science to make the proactive decisions necessary to protect our partners, customers and communities,” Rossann Williams, president of Starbucks’ U.S. company-operated business and Canada, said in a letter on Sunday.

Starbucks’ decision is a brutal one for a company that emerged over the past couple of decades as a “third place” where consumers could gather and spend time to do their homework and enjoy coffee.

Yet it comes as restaurants are increasingly shifting toward takeout and delivery as dine-in sales plunge.

McDonald’s has started conducting “noncontact food order pickup” at some locations, with meals placed on counters with their order numbers rather than handed directly to customers and ice cream cones no longer being served.

Some locations in Ohio have taken the step of closing their dining rooms altogether, serving customers only through the drive-thru window, according to local reports.

Mark King, CEO of Taco Bell Corp., said the company is getting its restaurants ready for drive-thru- and delivery-only, and said it would limit customer interactions “and further enable social distancing.”

On Saturday, Domino’s Pizza said it is implementing “contactless delivery” throughout the U.S., similar to what stores in many of its international markets have been doing as COVID-19 spreads in Europe and Asia.

Customers simply let the company know where they want their pizzas left. “We know many people would like to choose contactless delivery right now and we want customers to know we’re here to deliver,” CEO Ritch Allison said in a message to customers sent on Saturday.

Many restaurants are already preparing for a spike in delivery orders. Just Salad said that it would suspend in-store dining and shift to digital orders only after close on Monday.

The chain said it would expand delivery zones, implement contactless and tamper-proof delivery and waive its delivery fees. It also said customers could pick up their orders at its New York City, New Jersey, Philadelphia and Chicago locations.

“By focusing solely on digital orders, our team can execute at an even higher level and is well-suited to handle the increased demand we expect for customers who are working from home,” CEO Nick Kenner said in a statement.

The moves come as state and local governments are taking increasingly aggressive steps to limit customers’ use of restaurants amid mounting worry about their potential role in spreading COVID-19.

The virus has spread around the globe, causing broad shutdowns in Italy, Spain, France and the Netherlands and increasingly in the U.S., amid videos and pictures of customers flocking to local bars on the weekend before St. Patrick’s Day.

Takeout and drive-thru service are expected to grow as consumers spend more time at home and less time out and about.

Black Box Intelligence, which prereleased early data on restaurants in Seattle, the first U.S. metro area affected by the coronavirus outbreak, indicated that sales for the industry could see steep overall declines. But it also said takeout orders were up in that market as the virus spread there.

Among restaurant chains, easy takeout won during the pandemic

Main Event adds delivery of food and games, too