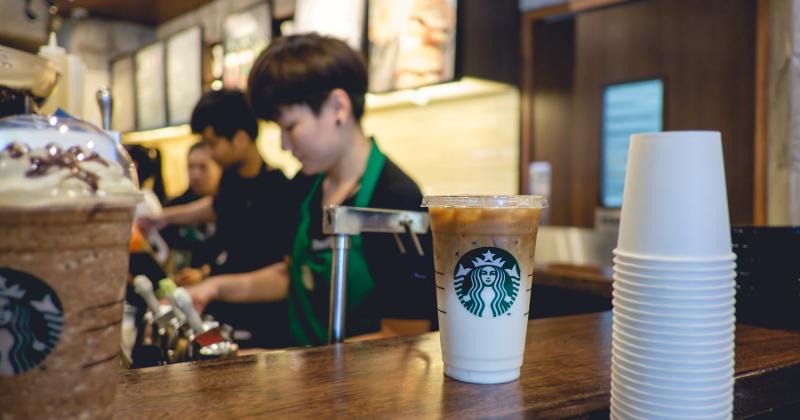 Starbucks plans to speed the development of its takeout-only Starbucks Pickup stores in big cities across the U.S. as it responds to rapidly changing consumer needs and a real-estate market that is suddenly friendlier to companies willing to expand.

In a letter to “all Starbucks stakeholders” on Wednesday, CEO Kevin Johnson described a vision in which major metro areas have a mix of traditional and Pickup stores, some within walking distance of one another.

The company plans to close up to 400 locations over the next 18 months, with plans to ultimately open repositioned stores in different locations and with new formats.

The idea is to give takeout customers more choices while reducing crowding inside its traditional coffee shops, which in the past have burdened the chain and at times contributed to traffic declines.

“Our vision is that each large city in the U.S. will ultimately have a mix of traditional Starbucks cafes and Starbucks Pickup locations,” Johnson said. “Starbucks Pickup stores will provide more points of presence to better serve ‘on-the-go’ customers while reducing crowding in our cafes, thereby improving the ‘sit-and-stay’ experience for ‘third-place occasions.”

Starbucks has been operating a pair of Pickup locations over the past seven months, one in Manhattan’s Penn Plaza and the other in Toronto’s Commerce Court. The company plans to open another one in Grand Central Station in Manhattan in “the near future.”

Johnson said the company originally planned to develop this strategy over a three- to five-year timeframe, but “rapidly evolving customer preferences hasten the need for this concept.”

The company will retrofit and reposition many existing stores to expand its portfolio, and the company is assessing its portfolio to make decisions on renovations, relocations and closures.

“To inform these decisions, we are evaluating trade-area shifts, lease expirations and changes in customer traffic patterns while also considering opportunities to enhance the customer experience and capitalize on future growth potential,” Johnson said.

The pandemic shutdown has been brutal on Starbucks U.S. sales, in part due to the company’s temporary closure of non-drive-thru stores and also because consumers have not been working in the office or shopping inside of retail outlets.

As the pandemic has eased, those sales are gradually returning, but the chain is still lagging many other fast-food concepts that have seen sales growth of late.

Same-store sales were down 63% in April but have since improved to a decline of 32% during the last week of May.

The company said 95% of its locations are now open, and in-store sales have slowly began returning. Still, more than 90% of sales are coming through mobile order or the drive-thru. In the last week of April, that figure was 97%.

By comparison, before the coronavirus hit Starbucks generated roughly 60% of its sales through drive-thru or mobile-order transactions.

Given shutdowns globally, including its biggest markets the U.S. and China, the pandemic has cost Starbucks at least $3 billion in sales this quarter, the company estimated on Wednesday. It also said it expects operating income to decline at least $2 billion during the period.

Worldwide, about 96% of its stores are open, including 99% in China. Starbucks expects same-store sales will “substantially recover” by the summer. Same-store sales in that country were down 14% in the last week of May.