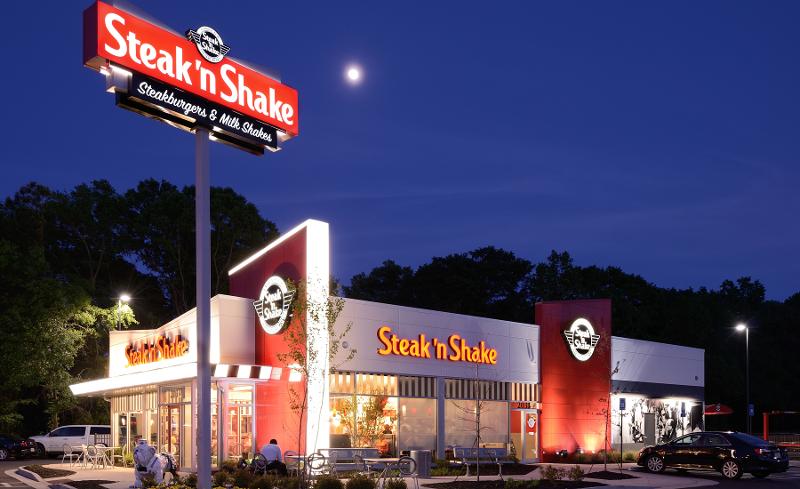 Steak 'n Shake’s operating losses narrowed during the second quarter to $1.1 million, compared with a year-ago shortfall of $3.1 million, despite a 49.9% drop in revenues, to $78.2 million, according to its parent company, Biglari Holdings.

Figures released by Biglari show the number of Steak 'n Shake units fell by 69 stores during the first half of 2020, most of them company-operated. The chain is striving to refranchise company units, with 23 stores acquired by franchisees this year.

Biglari took a charge of $14,419 for permanent closings and the mandated shutdown of dining rooms at surviving stores to slow the spread of coronavirus. The company said that 59 of its 289 company units were temporarily closed as of June 30, 2020.  A year-ago, or roughly nine months before the pandemic, 299 units were temporarily closed as part of a shift in strategy, according to the parent concern. Biglari is switching units from full-service to a counter-service model.

The franchisor is also transitioning to an unorthodox “franchise partner” model, where franchisees pay only $10,000 for an operating unit. In exchange, they pay Steak 'n Shake 15% of sales and 50% of profits. The offer is limited to one unit per operator. Fifty-one units are now operated under that arrangement, compared with 201 that are run under a more-standard franchise agreement.

Fifteen shuttered restaurants were recently put up for bid to fund the transition to counter service.

Management attributed the chain’s topline problems to the pandemic. But Steak 'n Shake has been struggling for years. Franchisees have accused the home office of slashing prices on signature items to foster traffic at the expense of profits.

Biglari Holdings is controlled by the activist investor Sardar Biglari, who has also invested in Cracker Barrel Old Country Stores.