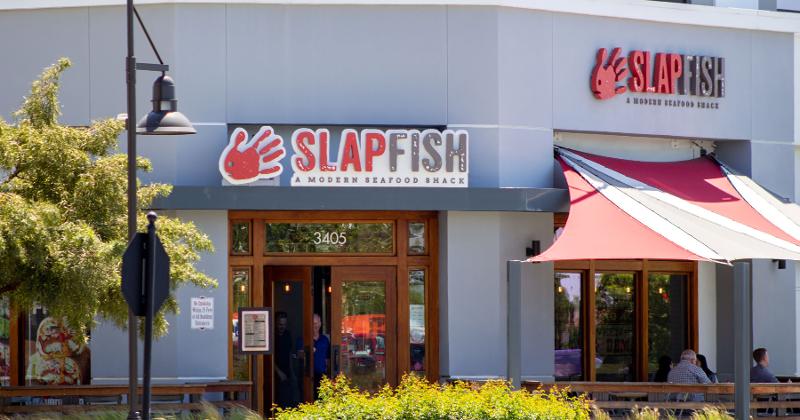 The easiest way for the federal government to lift restaurant sales is to send people money.

Even in a pandemic, apparently.

Several operators on Thursday told me their sales have spiked in recent days, to the point that some are actually up year over year.

Slapfish restaurants in Huntington Beach, Calif., saw sales jump 30% to 40% year over year Wednesday, said Andrew Gruel, the chain’s founder and executive chef, in an interview. They are up 65% over last week.

A franchisee-owned location in Indiana is up almost $4,000 this week and has seen sales increase every week recently.

Slapfish’s small, 900-square-foot location in Laguna Beach, Calif., had been open only Thursday through Sunday since the shutdown. This week, it opened earlier in the week to see what happened.

We spoke with several other operators who told us similar stories. Most of them did so privately, but stories of sales improving year over year were not unusual.

Keith Miller, a three-unit Subway operator, said his sales had fallen so much since the shutdown that he was working alone on Wednesday. He was considerably busier than expected, and though sales for the restaurant he was in were still down, it was busy for a one-man show. “I should have worn a Fitbit, I took so many steps,” Miller joked.

Miller wasn’t the only one to be caught by surprise by the surge in sales.

“We got caught with our pants down big time,” Gruel said. “I’m still hitting all our stores, washing dishes and slinging lobster rolls.”

The stimulus checks, typically $1,200 per person and $500 per child, started arriving in consumers’ bank accounts this week.

Historically, sending cash to consumers works to generate sales because many people treat themselves to a night out. This is particularly true for lower-income consumers, for whom the funds have the greatest impact.

That has typically led to sales improvements at fast-food chains and casual-dining concepts that get a temporary benefit from consumers spending a night out.

The current environment was always something of a wild card. Restaurants are not open for dine-in sales. Consumers are not enjoying an evening out as they sit quarantined inside of their homes.

Yet they’ve also grown more accustomed to leaving their homes and getting takeout. As it was, sales had clearly hit a bottom in late March and were showing signs of life early on in April, based on anecdotal evidence from operators and sales figures from Black Box Intelligence.

The stimulus checks could provide an even bigger boost. People have little to do, with few sports or shopping trips available to them and travel out of the question. So a trip to a restaurant, even via the drive-thru, could provide a break from the monotony of sheltering in place.

How long it last remains to be seen. About 22 million Americans have lost their jobs in the past four weeks, after all, and the funds will only last so long. But, for the moment, they’re providing much-needed cash to some operators around the country that remain open.

That said, the sales spike is adding to the planning challenges operators are having as they work to break even during the shutdown. “There’s no model to follow,” Gruel said. “Every week I’m remodeling and extrapolating this thing out based on different variables to get us as close to break-even as possible.”