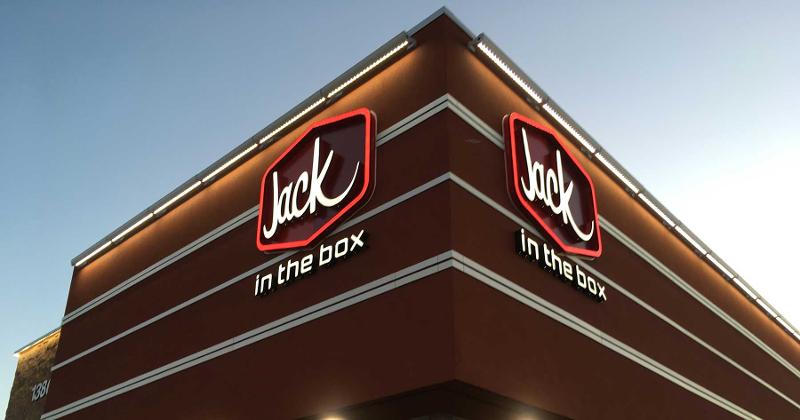 Jack in the Box same-store sales have improved so much in recent weeks that company executives now say they are “bullish” about the restaurants’ trajectory.

Same-store sales have accelerated since mid-April, increasing more than 8% in the week ended May 10, company executives said on their fiscal second quarter earnings call. For the first four weeks of the current period, same-store sales are up 1.6%.

That was a substantial improvement over the company’s performance in the quarter ended April 12, when same-store sales declined 4.2%, including a 17% decline in late March and early April, when the pandemic led to widespread closures of dining rooms.

The improvement has been “much better than we expected,” Lenny Comma, Jack in the Box’s retiring CEO, said on the call Thursday. “We’re bullish about our trajectory.”

The company credited a combination of its marketing strategies and sales momentum going into the pandemic driven by the chain’s budget-priced “Tiny Tacos” among other trends working to the company’s advantage.

“A lot of things are playing into our hands right now that are helping,” Comma said.

For instance, like many fast-food chains, most of Jack’s pre-coronavirus sales came through the drive-thru: About 70% of Jack in the Box’s sales traditionally come through that window, Comma said. Another 15% of its sales are takeout.

In addition, he said, the chain is selling breakfast items all day, while rivals such as McDonald’s have temporarily ended such programs to focus on speed.

While consumers are eating less breakfast, Comma said, many still want breakfast items when they do come in.

“The consumer is buying a lot of breakfast items in the late morning and early afternoon,” Comma said. “Folks still want to go out and grab breakfast, they’re just not doing that at 6 in the morning. They’re doing it at 10 or 11 o’clock.”

And then there’s late-night. The chain is generating sales after 9 p.m., when many other restaurants have opted to close. “So many restaurant companies are struggling financially that they’re cutting hours,” Comma said, with companies that are open late with drive-thru service, such as Jack in the Box, getting a boost.

Jack in the Box also said its marketing has shifted toward items that would work well in this scenario, especially ones that travel well.

Company executives said they are confident the sales will stick, even as dining rooms begin to reopen. Comma said that, based on feedback from customers around service, the company “seems to be working on all levels.”

“We can’t imagine that when dining rooms open and we have an opportunity for more capacity that we would lose momentum,” Comma said. “We expect we’d be able to maintain what we’ve achieved. We’re cautiously optimistic.”

Comma added that the drive-thru is viewed as a “safe transaction for the consumer and employee,” and that the company’s food is “exceptional and it travels well.”

“We expect [takeout and delivery] to continue to be a growing trend,” Comma said. “We maybe have a little wind in the sails. But we’re cautiously optimistic going forward.”