Walsh is a former chief marketing officer for Pizza Hut and most recently worked with arts and crafts retailer Michaels Stores.

She stabilizes a position that has been in flux for more than a year since the resignation of Joe Tripodi in April 2018. The company has operated either with Tripodi as a marketing adviser or Roger Mader as acting CMO.

“I have been a Subway customer and brand fan throughout my life and am thrilled to be joining this iconic brand and great team,” Walsh said in a statement.

Meanwhile, Robin Seward was named senior vice president for marketing strategy and planning. She will oversee all marketing planning for the U.S. market. Seward is the former chief marketing officer for Schlotzsky’s. 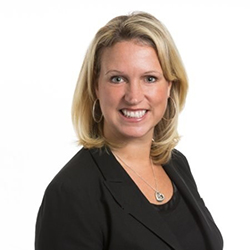 Bill McCane was named vice president of global development. He will oversee Subway’s development strategies, including “company programs to cultivate new corporate partnerships.” McCane was most recently chief operations officer at For Eyes by GrandVision and has held positions at Burger King, Tim Hortons and Maaco auto body.

The influx of new executives comes as Subway has been working with an acting CEO, Trevor Haynes, for more than a year following the departure of Suzanne Greco.

Subway has been working to regain its footing as its U.S. store count declines. More than 2,400 locations have closed since the brand peaked at more than 27,000 restaurants in 2015, according to data from Restaurant Business sister company Technomic.

The company has been aggressivelytesting new products while expanding its use of third-party delivery and remodeling locations.