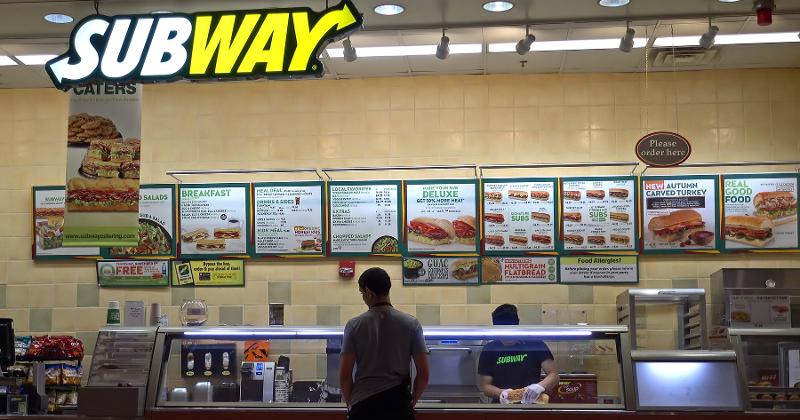 Subway franchisees are pushing back against another attempt to bring back the $5 Footlong.

In a letter late last week, the company’s franchisee association urged operators not to go along with the program unless it is strictly tied to ordering through the company’s mobile app.

“The $5 Footlong was abandoned years ago after countless attempts to make it profitable for the restaurant,” the North American Association of Subway Franchisees (NAASF) wrote in a letter to its members last week. Restaurant Business obtained a copy of that letter. “Not since the first iteration of this campaign did the increase in sales from traffic offset the cost of the trade-down.”

According to the letter, Subway wants to resurrect its $5 Footlong on June 9, running it through the summer.

It is uncertain whether that offer will be available to all types of customers, including those who go through the restaurant’s doors, or if it will simply be tied to an app.

In its letter, the association says it will not support any $5 Footlong offer that is available to customers who walk in the door or is not tied to a value bundle with chips and drink. “We have yet to receive a comprehensive or credible business case to support this deep discount offer,” the association wrote.

The association is also pushing back on Subway’s incentive to get customers to sign on to the offer.

The letter notes that operators are being offered $700 per month if they go along with the promotion. But those funds come through rebates through the chain’s beverage vendor, Coca-Cola.

The association argues that the funds should be available to all stores “without strings attached” because rebates are typically funded through higher charges from the vendor, or longer contracts. “All franchisee-investors will end up paying the cost of these funds,” the association wrote.

The three months’ worth of rebates, $2,100, equates to $23.33 per day, which the association says is the equivalent to the amount lost when customers opt for cheaper $5 Footlong subs over pricier yet more profitable items.

The association also noted that the coronavirus has brought on some unique challenges even as more restaurants are reopening. Many stores are operating with limited staff.

“While unemployment may be at record levels, much of our former and future staff is content to stay unemployed until their windfall and the threat of the virus subside,” the association said. “These challenges will not abate until fall at the earliest.”

Subway has not responded to requests for comment on Wednesday.

In an email to Restaurant Business, NAASF Executive Director Illya Berecz said that the association is working to ensure that the franchisees’ perspective is given full weight by the company’s decisions.

“This is a very fragile time for all restaurants,” she said. “Our primary goal is to help ensure all Subway restaurants have an optimal chance to survive the pandemic and operate profitably.”

The letter from the association is only the latest indication of tension within a system that has struggled with weak sales and unit closures for years.

Much of that tension arises when the Milford, Conn.-based sandwich giant tries to resurrect some form of the $5 Footlong offer that carried the chain through the Great Recession in 2008 and 2009.

Among the most notable was a $4.99 Footlong offer first proposed in late 2017 that generated significant franchisee opposition.

The challenge for Subway is to get sales back up without alienating its operator base struggling to generate profits. Thousands of Subway franchisees have closed their doors in recent years, including nearly 1,000 last year.

Since 2014, system sales have declined more than 14% over the past five years, while unit count has declined 12% to just under 24,000 locations, according to data from Restaurant Business sister company Technomic.

The company last year hired John Chidsey to be its new CEO. Subway laid off 300 workers in February, and another 150 this month, and has also overhauled its executive team. Chidsey told employees in February that the company needs to focus on franchisee profitability, but also that Subway needs a strong value component to get customers in the door.

The association over the past decade said it “has repeatedly voiced objections to frequent and deep discounting through national price promotions. Setting low price-of-entry price points that all franchisees must follow without consideration of local economics has impacted the ability of a significant number of U.S. franchisees to achieve profitability.”

UPDATE: This story has been updated to add comment from the franchisee association.

For restaurants, 2022 has been a year to forget so far

Krispy Kreme is giving away a bunch of doughnuts next week

Amazon could take stake in Grubhub under new partnership